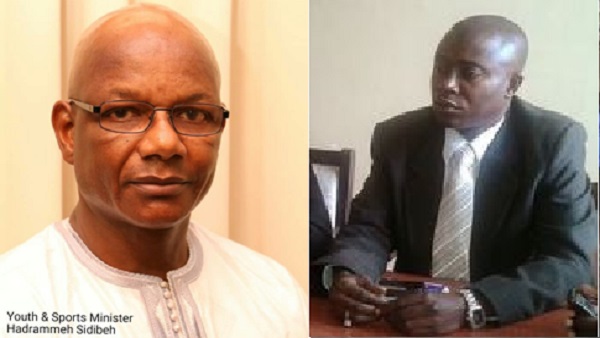 The office of the Ombudsman has advised the Ministry of Youth and Sports (MoYS) to reinstate Abdul Aziz Titao Mendy who claimed he was unlawfully terminated in 2014 as Executive Director of the National Sports Council NSC.

Also, according to the Ombudsman, the ministry should pay Mr Mendy all remuneration and accrued benefits due in his 2-year contract of employment as Executive Director of the National Sports Council.

According to documents accessed by The Standard, the Ombudsman was able to establish that Mr Mendy was appointed as Development Officer in July 2017 and rose through the ranks to become Executive Director in February 2014.

However on July 14, 2014 his services as Executive Director were terminated and he was redesignated as Development Officer.

Again on August 7, 2014 his services as Development Officer were terminated with the ministry of sports promising to pay him his salary and one-month notice as well as six months salary in accordance with the labour act.

The Ombudsman further observed that MoYS did not dispute the facts put to them by her office on the issues raised on the matter.

”Our investigations did not reveal any valid reasons for which the Ministry could summarily dismiss the complainant as Executive Secretary since none was provided in his termination letter. In such circumstances a conclusive presumption is raised that the termination of his contract, after five months was unlawful, ” the Ombudsman told MoYS.

The Ombudsman added that the option of the PMO which also received the complaint should be followed.

The PMO had proposed that in these circumstances, Mr Mendy should be reinstated in the same level, in this case as Executive Director.

However according to the Ombudsman, Mr Mendy preferred the appointment to be in another institution under the ministry or in another line ministry other than the National Sport Council adding that any position below the Executive Director at the NSC will demoralize his conscience and motivation to effectively execute his mandate.

The ravaging Covid-19 pandemic has severely affected the world and football was not spared as the sport has been disrupted with lockdown restrictions employed...
Read more
Sports

Ansumana Camara, a member of the current champions Brikama United Football Club has called on the Gambia Football Federation, GFF, not to change their...
Read more
- Advertisment -