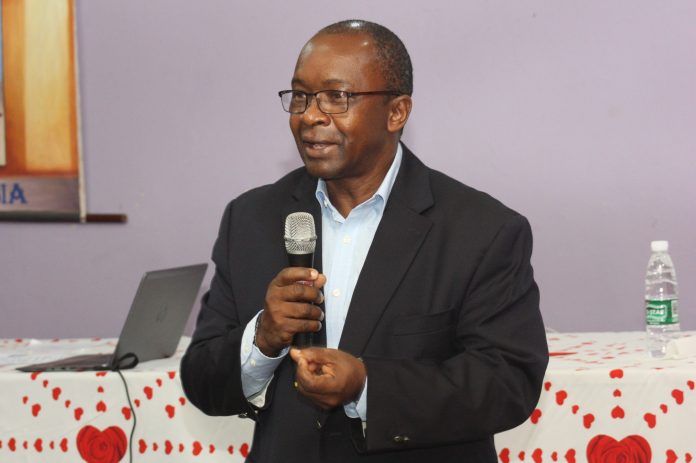 Following last week’s forum at the Ocean Bay Hotel, members of the Constitutional Review Commission met with representatives of political parties for a second time at Tango Hall on Saturday.

Pateh Baldeh, the public relations officer of the NRP, recommended to the commissioners that prisoners should be enfranchised and that regional governors should not be elected. He also suggested that shelter, free education and clean and potable water should be enshrined as fundamental human rights.
Mr Edrissa Jallow of PDOIS concurred with Baldeh noting that prisons are correctional institutions and being incarcerated should not prevent a citizen from being able to exercise his or her right to vote.

Jallow said both alkalolu (village headsmen) and seyfolu (district headsmen), should be enthroned through the elective principle as they are representatives of their people and should be accountable to them.
Suwaibou Touray of PDOIS recommended that any child born in The Gambia should be accorded automatic citizenship. He also said access to clean potable water should be underlined as a fundamental human right and called for the death penalty to be substituted for life imprisonment.

Mrs Duta Kamaso of the PPP supported Touray’s stance on the death penalty. She said adequate primary health care and water should be made fundamental human rights, and that free basic and higher education should be provided based on merit.
Ousainu Darboe, leader of the UDP, said citizenships through naturalisation as provided in the 1997 Constitution is inordinately long. He called for flexibility.
To acquire Gambian citizenship, he recommended seven years through naturalisation and three years through marriage.

Darboe recommended that Gambians abroad be granted voting right in only presidential elections. He said governors and their deputies should be civil servants.
Mai Fatty, leader of GMC said he supports automatic citizenship to be granted to any person born in The Gambia irrespective of where the parents hail from.
He added that statelessness should be discouraged. Basic and secondary education, he said, should be free and accessible to all. He also said affordable housing should be promoted and basic health care be affordable and accessible to all citizens.