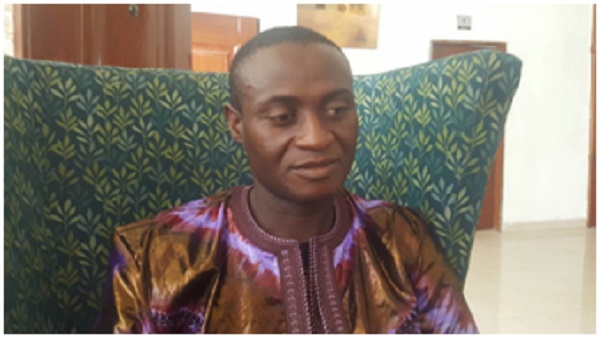 The acting director of the Department of Physical Planning, Mamudu Manjang has revealed the department’s plans to redesign Ebotown and Jambar-Sanneh-Brikama.
Manjang made these revelations in an interview with journalists at a day-long staff capacity building training organised by his department Saturday.

“We are beginning a community planning starting with Ebotown and Jambar-Sanneh-Brikama,” he told journalists of their plans. “We are already working with Tawoto Real Estate to replan some of these targeted areas. We have identified the roads that are small to increase them even if it will take compensating land owners. And I am glad to say that we have the cooperation of the committees.”
Speaking on the importance of the capacity building workshop, Manjang said the meeting was meant to brainstorm on their 2019 strategic plan, adding “As a department, we realise that we should come together with our sister agencies to see how best we can improve our service.”

He said the capacity building workshop brought together former staffers of the department and representatives from all the area councils.

“The workshop will help us to better sensitise the public on our mandate because we believe our mandate is not understood by the general public,” he said.
Manjang used the platform to further explain the responsibility of the physical planning department, which is to give advice to people who want to buy land (s). He said the department is not empowered to allocate lands.

“The problem we are facing as a department is that most of those who sell lands are individuals and in most cases they don’t put us in the picture. This is why in certain villages they find it difficult to have space for a cemetery, markets and other important amenities,” he asserted.

Meanwhile, the director of lands and survey of the Ministry of Lands and Regional Government, Kebba Ceesay, said his department is invited by the physical planning department on a yearly basis during its annual work plan review.
“This is meant to avail both institutions the opportunity to brainstorm on the way forward because we are two departments that complement one another. If we are not speaking with one voice it will be very difficult for us to achieve our dreams individually,” he said, adding that the workshop will help both departments to assess the work they were doing last year and how to improve on service delivery.