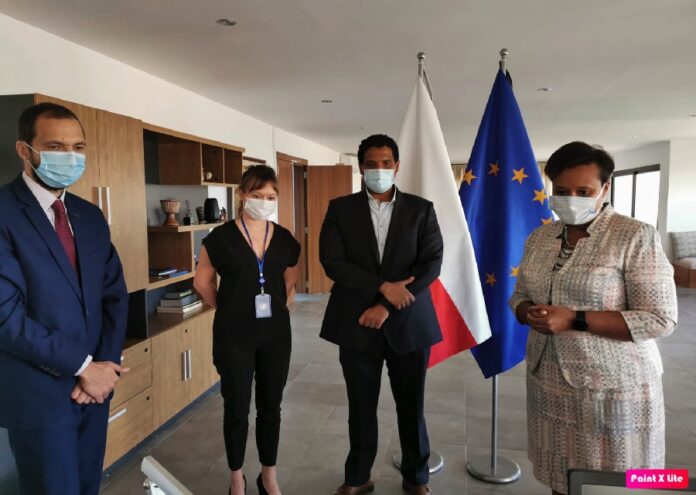 A one-day forum will open a new chapter in collaboration between Poland and The Gambia. Responding to growing interest among Polish and Gambian companies to further develop mutual cooperation, the Polish Embassy, the Honorary Consul of Poland in The Gambia and the Polish Investment and Trade Agency are organising the Poland-Gambia Economic Forum to be held today, 17th May 2021, with the participation of the EU Delegation and Gambian high authorities. The opening ceremony will be presided over by the Minister of Foreign Affairs, International Cooperation and Gambians Abroad, Mamadou Tangara.

The forum is a historic event as it is the first ever economic meeting organised officially by the Polish and Gambian high authorities. The event will provide a platform for exchange between the Gambian representatives of business and industries and the Polish companies, hopefully resulting in the establishment of mutually beneficial economic partnership.

A dozen of polish companies will participate virtually in the forum presenting their offer for the Gambian market. Four thematic sessions are planned: food and agriculture, construction and finishing materials, medical sector and FinTech (financial technologies) sector.

Poland has become one of the fastest-growing European Union economies and the fastest growing economy in Central Europe. Since joining the EU in 2004, Poland’s GDP, measured in purchasing power parity, has increased by an average of 4% a year – one of the best performances in the EU. Now, the country has the potential to double its GDP by 2030.

Successful and responsible monetary policy, efficient supervision of financial markets and flexible exchange-rate regime positioned Poland as the sixth among EU economies. Years of investment in research and technology helped Polish companies to become not only innovative but also competitive on the European market. In many industries Poland has become a world leader – poultry, fresh apples, construction technologies or car spare parts, to name just a few.

US Department of State releases religious freedom report on The Gambia