Prosecuting crimes against humanity, torture and sexual violence in The Gambia� 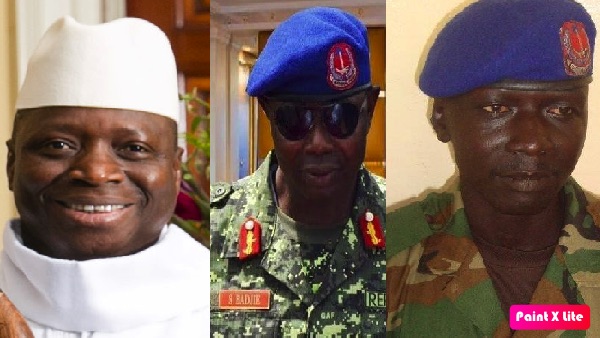 The Gambia’s Truth, Reconciliation and Reparations Commission (TRRC) has been charged with the “identification and recommendation for prosecution of persons who bear the greatest responsibility for human rights violations and abuses” committed under Yahya Jammeh’s rule. The question will then arise – how and where to prosecute the alleged perpetrators.

In advance of the TRRC’s report, which is expected in early 2021, the Rose Lokissim Foundation initiated efforts to identify the possible avenues for the post-TRRC prosecution of atrocity crimes committed from 1994 to 2017.

Salieu Taal, president of the Gambia Bar Association, and Reed Brody, counsel for Human Rights Watch, (the “Convenors”) interviewed dozens of stakeholders including the Chief Justice and the Minister of Justice, TRRC officials, NGOs and victims as well as experts in international criminal law, diplomats and potential donors and prepared a paper outlining the principal options for an accountability mechanism – domestic courts, a “hybrid” court within or outside the Gambian judicial system, or an international tribunal. The paper was to serve as background for a stakeholders’ consultation convened by the Institute for Human Rights and Development in Africa (IHRDA) on March 26, 2020. Because of COVID-19, the consultation was postponed. The background paper was circulated among the stakeholders and revised on the basis of numerous extensive comments. The Convenors then organized two virtual consultations with victims (June 23) and multi-stakeholders including victims (June 29). The latter included both the outgoing and incoming Ministers of Justice, a Supreme Court judge, victims, CSOs, diplomats and international experts.

While there was not time for full exchanges on each topic, the Convenors offer the following summary of the direction of the discussions:

–   an inadequate legal framework for the prosecution of atrocity crimes (constitutional immunities; lack of laws criminalizing crimes against humanity and its underlying crimes such as torture and enforced disappearances; the absence of liability concepts such as co-perpetration and command responsibility);

–  Inadequate procedural safeguards, such as witness protection, particularly in sexual violence investigations, and the absence of victim participation in criminal proceedings;

–  Limitations to admitting evidence obtained by the TRRC.

–   allow the incorporation of customary international law crimes such as crimes against humanity and torture that were not explicitly listed in the Gambian criminal code at the relevant time;

–  provide a legal basis to conduct proceedings outside The Gambia if necessary (e.g. if there is a need to prosecute Jammeh himself outside of The Gambia);

–  provide an avenue for admitting the evidence developed during the TRRC hearings;

A hybrid court could also facilitate the adoption of best international practices regarding outreach, recording and transmission of proceedings, witness protection; and psycho-social support for victims and witnesses.

?          Conducting a thorough needs assessment of the political and legal context to flesh out the gaps in the domestic system and to decide if a domestic or a hybrid court is the right option, and, if the latter, to conceive of it in such a way that ensures that the chosen option is an appropriate and effective response;

?          Engaging the donor community with an eye towards securing national and international funding;

?          Preparing the necessary legal and practical framework for a national witness protection programme.

Participants emphasized as well that women needed to be included at all levels of the establishment of an accountability mechanism.

The Convenors would like to thank everyone who participated in the interviews and the consultations, and especially to the Canadian Fund for Local Initiatives for its support. We look forward to supporting the government-led process of defining accountability strategy by organizing further convenings and other forms of outreach.