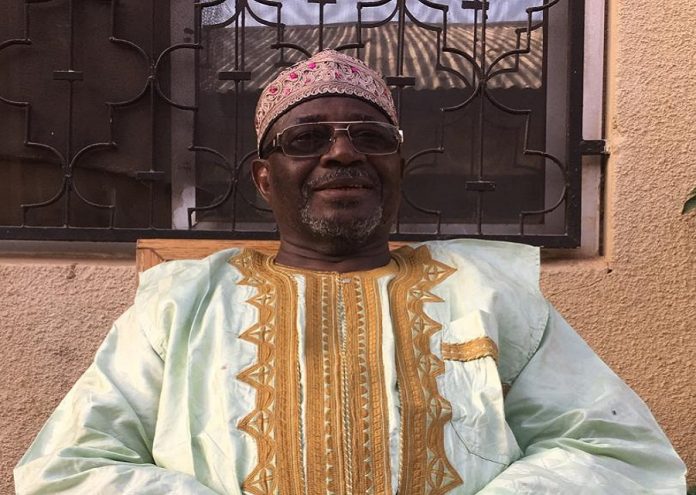 The president of the breakaway Islamic council has admonished imams in the country “to exercise the maximum degree of patience”and comply with the emergency powers regulations on Covid-19 pandemic.

Baba Abubakar Drammeh, the president of Rawdatul Majaalis made this statement in reaction to the arrest and arraignment of six imams who were convicted to fines of D2,000 each in default to serve one month in prison for leading proscribed congregational prayers.
Talking to The Standard at his Brikama residence, Drammeh, a former Gambian ambassador to Saudi Arabia, stated:“Covid-19 is a global pandemic which is affecting the lives of people health wise, economically and socially. People in authority had to react and it would be difficult to put blame on the government or anyone.

“I am advising myself and my fellow religious leaders to comply with the regulations imposed by the government regarding the coronavirus. The issue should not be one of them against us; it should not be personalised. The regulations are meant to safeguard the wellbeing of all, so it is in the best interest of everybody. “We can make appeals to the government, but we should not take the law into our hands, that would not be the right thing to do. Nobody would welcome the arrest of imams leading prayers as Muslim leaders. Congregational prayers, especially for Friday, are an obligation on all Muslims. That is why I wrote to the government through the Ministry of Lands and Religious Affairs to reconsider and loosen some of the regulations.

“The arrest of the imams is unfortunate. We never prayed for that and we are trying to persuade the government to consider the matter. On the other side, we are advising our colleague imams and religious leaders to exercise the maximum degree of patience and comply with the government regulations.

“We have to look at the root causes of this issue. Closing down mosques in the country, has never happened in the history of The Gambia. It is very important for the government to invite the religious leaders to dialogue before taking certain decisions affecting the greater Muslim community. As an Islamic organisation, we stand to defend the rights of Muslims and mankind to live in peace and harmony, and security.

“Muslims are part of the country, and anything that affects the country will affect Muslims. Places of worship are vulnerable in the spread of this disease. Based on that reasoning, we backed the government’s decisions to temporarily close down mosques,” he stated.