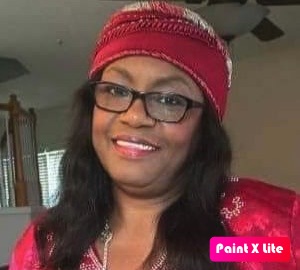 This team is probably the best ever assembled and they had their share of wins against sub-regional teams, even though international exposure was quite minimal at the time.

Let’s go back to “Baby Ofreh” (a name she got in Mali) for a minute. Okiki was the fearless leader of that four-year unbeaten St.Joseph’s High School basketball team alongside her childhood friends, Kaddous and Michelle Pulo Joof. Add two other rising superstars at that time, Binta Daffeh and Elizabeth Neneh Bahoum and they sure were the idols of spectators.

Her crafty ball-handling skills and speed were a lethal combination for any zone defense. The way she pierced defensive setups was just a joy to watch not to mention the shots from long range; Okiki was just unstoppable. For many years, Okiki represented The Gambia in faraway lands sometimes in a Landover or a few days train ride. It never got to her as she was always the master motivator who brought in the positives into the locker room. She was a founding member of Saints Basketball club, a team she led to many national titles until when she jumped ship to join Wallidan, an unsettled beef between us. She was also a track queen running the 800m and the shot put for which she was a silver medalist. With all the gravitas that came with star power, this woman was as humble then as she is today. By any yardstick, Okiki Andrews has always been a class act. Today, she is about all that’s good for her native Gambia. I was there covering her around the sub-region, and her love for country was always on display on and off the court. If anybody can say, COGITO ERGO SUM, it’s Okiki Andrews, a star in everything she does. It is an honor to celebrate this legend in my series. History is certainly a path left by the past. Kiks, thank you for your service to the country. Maybe soon, your many heroics for our country will be reverted to and the honor you deserve bestowed. You represented your country with grace, integrity, and of course with that beautiful trademark smile of yours. Before me and many, you are one of the greatest female athletes in our country’s history. Thank you for the memories.