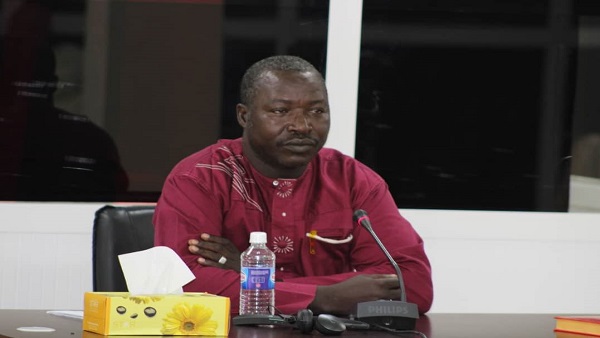 A former orderly to AFPRC junta vice chairman Sana Sabally, yesterday confessed to the killing of the detained soldiers accused of plotting a coup in November 1994.
John CB Mendy in his evidence before the Truth, Reconciliation and Reparations Commission confirmed participating in the shooting of Basirou Barrow and Dot Faal who were detained at the Fajara Barracks with other officers and soldiers.
Mendy recalled that when Barrow, Faal, and “Sir Jackal” were brought to the barracks, Sana asked them to be taken out of the vehicle following which he ordered for them to be shot which they did, resulting in the death of Lts Barrow and Faal.
Mr Mendy however denied participating in the execution of captured soldiers who were lined up at the Brikama firing range for execution.

He explained: “When Lts Barrow, ‘Dot’ Faal and ‘Sir Jackal’ were brought to the barracks, they were very tired and limping. I could not ascertain whether they were almost beaten to death when they were brought to the barracks. Sana Sabally the vice chairman of the council then ordered for us to open fire at them. We all participated in the shooting of these people and as a result of that Barrow and Faal happened to lose their lives.”
He narrated further the captured soldiers were put in a vehicle heading to Brikama forest and when “we entered the forest some meters away from the road, I heard screams in the vehicle of captive soldiers. We stopped, I went to the vehicle where I found Alagie Kanyi stabbing the captives, I yelled at him and told him to stop because these people’s fate was not decided yet.”

He also disclosed that before their execution, he asked Sana Sabally whether the soldiers should have been prosecuted first but Sana wouldn’t listen.
“He just went ahead to ask the detainees to kneel down and say their last prayers. They included Abdoulie Bah, Cadet Amadou Sillah, Nyancho Manneh and Gibril Sey. I did not take part in those killings at the forest. I managed to dodge because I did not want to participate in any further killings.”

Mendy, who struggled to align his statement and testimony, claimed he regretted participating in the previous killings and when he realised his mistakes he decided not to participate in any other atrocities.
JCB Mendy further recalled that after the exercise, they returned to the Yundum Barracks with the dead bodies.

However he denied taking part in their burial.
He said he could also confirm that Ebrima Ceesay was killed by Alagie Kanyi but did not know who killed Fafa Nyang, Gibril Sey and Basirou Camara.
Sittings continue today.