‘Sare-Omar gunshot victim is not a Gambian’ 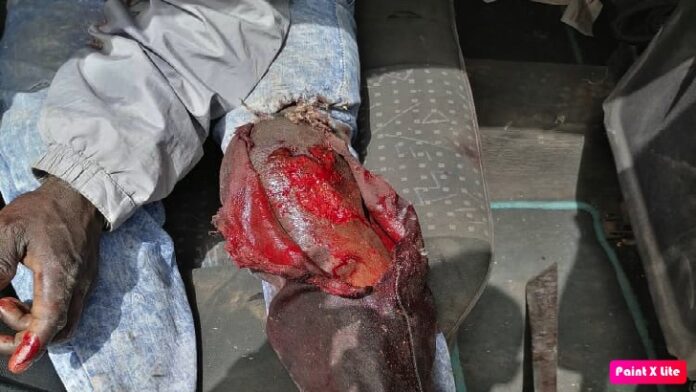 The man shot in Sare-Omar village in the LRR by Senegalese forestry officers is not a Gambian, security sources told The Standard yesterday.  The community is inside The Gambia but surrounded by villages, part of which are located both in Senegal and The Gambia.

According to our sources, a violent confrontation erupted between timber smugglers and suspected Senegalese forestry officers on March 15 in Sare-Omar, a border village in Jarra and Sinchu Kodeh, a village divided between Gambia and Senegal.

As a result, our source confirmed that one Omar Njie, a Senegalese from nearby Sare Ardo in the Casamance, was shot and sustained a gunshot wound on his leg. The victim was rushed to Jalambere village health centre then to Soma hospital for treatment.

Our source added that the suspected Senegalese forestry officers are also alleged to have seized 9 horses and carts.

According to our security source, the villagers and timber smugglers in the area have urged the Gambia Government to caution the Senegalese security against intrusion to avoid possible consequences.

When contacted for comments, the Government spokesperson Ebrima Sankareh confirmed the latest development and called for calm to allow the relevant authorities to do their work.