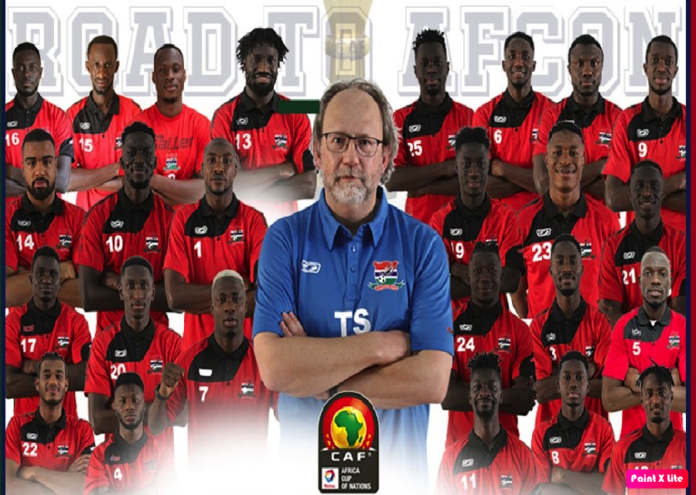 Coach Tom Saintfiet has released a list of players he intends to use in three friendly matches in Turkey next month. The Scorpions is among national teams invited to a camp in Turkey and Gambian officials have confirmed friendly matches against Togo, Niger and Kosovo.

The camp is the first among many activities planned for the Scorpions  in the run up to the African Nations Cup finals in Cameroun next January.

Again the much talked about striker Ali Sowe is not invited despite currently playing in a strong league and frequently scoring.  Also not invited is Sheriff Siyan but regulars Pa Modou Jagne and Noah Sonko, Ebrima Sohna and Modou Jobe are out reportedly due to club engagement.

Hamza Barry, Maudo Jarjue and Steve Trawally are also out injured, according to sources and no player from the Gambia’s domestic league has been invited either.