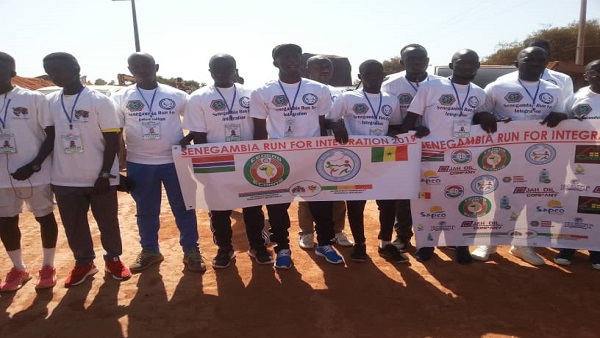 The Senegambia Run for Integration, the longest race in West Africa, from Gambia to Senegal, will this year start with female runners who will run the first stage of the event.
The new addition was announced at yesterday’s coordinating committee meeting which also laid plans for this year’s event starting from January 17 to19.

For the first time, the run will be joined by top Gambian athlete Gina Bass and Senegalese wrestling champion Modou Lo, at all three segments, Kaolack ,Mbour- Sally and Dakar .
The organisers said Gambian institutions that want to send teams to explore this unique and exciting event could still do so by registering a team of about 12 runners. Last year half a dozen Gambian teams took part. They included Gambia Police, Army, West Coast and Kanifing Region among others.
Full details can be obtained on 9902466.