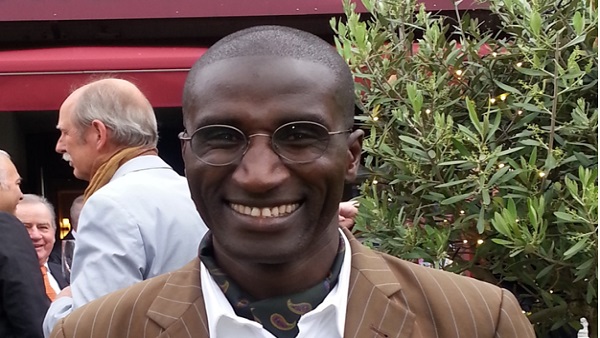 The notable Gambia film Pain oF Sorrow (2017) by respected filmmaker Prince Bubacarr Aminata Sankanu, a pioneer of the modern Gambian cinematography, is formally included in the academic syllabus of the Lehman College, City University of New York (CUNY), USA. Students of the “Contemporary West Africa in Cinema and Cultural History” 2019 course watched Sankanu’s film on 02 April 2019 and had an interactive session with him on 04 April 2019.

Sankanu expresses his gratitude to the “leadership of Lehman College and CUNY especially lecturer Mariama Khan for considering my films worthy of critical academic discourse.
“I am impressed by the performance of the students during the intensive discussions that followed the educational screening. They asked me insightful questions and showed huge interest in African History and Cinema” he said.

According to the official syllabus, the “Contemporary West Africa in Cinema and Cultural History” is a course that uses relevant cinema and literature to explore selected themes on colonial, postcolonial and contemporary West African history and culture. It analyses how the quest for development and survival are represented in cinema and in selected academic articles in different phases of the sub-region’s history. The films used in the course are primarily produced by selected older generation West-African filmmakers like Sembene Ousmane (Senegal) and Abderrahmane Sissako (Mali).

It also uses films by contemporary and younger generation film-makers like Prince Bubacarr Sankanu (The Gambia), and Jean- Pierre Bekolo (Cameroun). These films and the articles assigned for the course depict the different experiences of West African men, women, children and communities as they pursue the ideals of their existence in a globalized world. The course will enable students to gather, interpret and assess West African History, Culture and experiences from a variety of cinematic representations and academic analyses to increase their knowledge of the sub-region and its people.

Prince BA Sankanu is founder of The Gambia’s premier annual CineKambiya International Film Festival (CIFF). Originally from Sotuma Sere in Jimara, Upper River Region (URR), Sankanu started as a student journalist and trainee at The Point Newspaper while attending Sukuta Secondary and Nusrat High School and evolved into a professional reporter for the Voice of America, contributor to the BBC Focus on Africa and freelancer for Deutsche Welle, Germany. Sankanu worked as Producer of News and Current Affairs at the State broadcaster, Gambia Radio and Television (GRTS) before moving to Germany in 1998.
In Europe, Sankanu made a career shift into the creative arts and culture and completed a Master’s Degree programme in Film Studies: Theory and Practice at the University of Stirling in Scotland, UK. He did his Digital Film and Animation Diploma course at the SAE Institute in Cologne, Germany. His PhD research proposal in Contemporary History and Politics is accepted at the Bath Spa University (BSU) in the UK. Bubacarr’s academic publications include – Sankanu, Prince (2016).