The Barra tragedy: the Wayforward 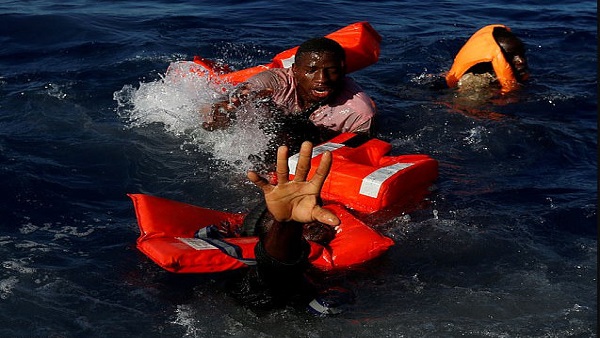 Bodies are still being counted in what is arguably the greatest tragedy to ever hit the Gambia as a country since independence after a boat from the country capsized off the Coast of Mauritania last week. According to the latest reports, at least sixty-three people have been confirmed dead and another forty-seven are still missing. The boat, it has been reported, was carrying one hundred and ninety-five migrants.

It is unfathomable that something of this nature will happen in a country that has been independent for more than half a century now. One would have thought that with the small size of this country, the country would have set a course that will provide the necessary opportunities to offset the need of the young people to board rickety boats to look for greener pastures.

If after self-rule for this long, our youth still knowingly risk their lives in the high seas just to make a living, there must be something fundamentally wrong. We must therefore do a lot of soul searching in order to come out with tangible solutions to satisfy the needs of our people.

The future of this and any other country is in the hands of its youths. Therefore, the Gambia, as a nation, cannot – should not – ignore and treat issues of the youths as a second or third priority. The youths are the future of this country and we must educate and equip them with the necessary skills and provide them with the right opportunities for self-actualization.

Yet, the Gambia is currently in mourning as we seek to bury the more than sixty youngsters who have perished in the high seas off the Coast of Mauritania. It seems therefore that there is something fundamentally wrong with us as a country. We must seek to understand these issues and come up with mechanisms to address the challenges.

What is the problem?
In my humble opinion, one of the greatest challenges facing this country is the lack of an honest, competent and focused leadership for the past half a century or so. When I say leadership here, I am not only referring to the president; but, the whole government as an institution to map out a viable trajectory for the nation.

This failure is partly due to weak and non-functional accountability institutions which are supposed to ensure that all public officials and offices function for the well-being of the citizens instead of for the furtherance of their own interest and that of their families and loved ones. Public service is just that, serving the public and not the self aggrandizement and we see in these governments we have been unfortunate to have since independence.
The other major cause of these problems as far as I am concerned, has to do with our education (or shall I say mis-education?) We have had an education system which is at best weak and at worst irrelevant. We focus on things we have no business focusing on and leave off the real things we need to focus on. For instance, the system should be such that it provides life skills for the youth to enable them live a dignified and meaningful life.

Additionally, the education has failed – and continues to do so – to create that consciousness in the people that will enable them to make informed choices on the leadership front. Education should be to widen the horizon of the individuals to have a better worldview in order to be able to navigate through the sometimes complex situations that confront us as human beings.

The system of education should also create in the young people the ability to have skills which will enable them have or create jobs that will enable them live dignified lives and be useful members of society. In this way, if they are presented with the right opportunities to succeed in their own country, they will not even think of migration not to talk of the illegal way.

Yet, a third cause of this quagmire is the societal pressure due to the concept of success we hold. The way most people view success is causing a lot of agitation in the youths and thus they reach a stage whereat they will do anything to attain that status of success.

What should be done?
Starting with the government, a serious effort should be made to ensure that avenues and opportunities are created for our youth to succeed here. This should not be dependent on when and how the Western Nations want to do something, as they are fighting their own battle and that the focus is not to help us out freely but to solve their own problems which are as a result of this surge in migration. There are no free meals in the world today. If our efforts are based and anchored on what they (the West) want us to do, any time their priorities change, we will be left hanging in there. We should therefore seek to create our own solutions, of course that can go alongside whatever the International Community wants to do to stem the problem of illegal migration which is now a global problem.

Besides, the government should work hand-in-hand with what they proudly call ‘development partners’ to come up with clearly defined strategies to reduce human trafficking and human smuggling. The best way to fight these is to kill their market by removing the need to be trafficked or smuggled in the first place. In this way, fighting human trafficking and human smuggling will become much easier.

In order to kill that market, there is a need to change and refocus the education system to give the young people all the tools they need to be: (1) well informed and conscious, and (2) give them skills to be able to live dignified and productive lives. To achieve this, the system of education as it is needs a somewhat total overhaul. The focus must change and so must the method of educating.

The third and final solution will be to use a multipronged approach to change the citizens’ perception of success. Citizens must be made to understand that success is not about how much money one has in his/her bank account, how many cars or houses one owns but how one touches the lives of people. We must realize that service to nation and fellow human beings is the true meaning of success.
It is in these ways that we can avoid a repeat of the tragedy that took place off the Coast of Mauritania recently.

Speculators like me on what caused the failure of President Adama Gambia to get the kind of military assistance he needed from his Nigerian...
Read more
- Advertisment -