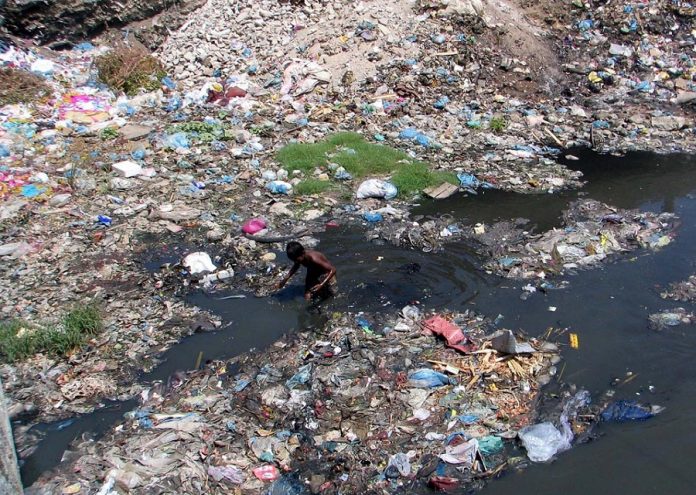 In Gambia and many developing countries, major aspects of economic organisation of the state are subjected to foreign control in the name of investment. The citizens and our governments because of neoliberalism learn to live with the effects of these pervasive economic dependence has observed by dependency theorists like Samir, Walter Rodney, Kurt Rothschild, Ernest Feder, Walden Bello et al. The resources flow from a “periphery” of the poor and underdeveloped states to a “core” of wealthy states, enriching the latter at the expense of the former. In this kind of dependency setting often-foreign governments and businesspersons often, determine the rate and scope of local investment, the development and use of our natural economic resources, the composition and direction of external trade. These the true story whether in it Chinese, British, French, Japanese or American investment and trade in Gambia, Senegal, Mali and the rest of Sub Saharan Africa.

The nature of class domination in our political system facilitate the process which our powerful and corrupt elites are robbing the riches of our nation states. In 2016, Panama papers revealed how Africa’s wealthy and powerful elites cheat on her citizens through tax avoidance or criminal movement of finance in outside the continent. It these kinds of tax abuse that is a scourge on our communities. Gambia and many other African countries is blessed with vast arable land and other natural resources but the despatch from our continent is families go to bed hungry, ill and vulnerable people die from preventable and curable diseases, children love to go to school but their parents cannot afford school fees. Under the watchful eyes of our government, Panama paper revealed big companies and wealthy individuals are involved in Environmental damage or ecocide, large-scale tax abuse and capital flight outside the continent.

Every financial transaction affects the environment, and the environment is embedded in every financial transaction. For example, In the Gambia our current unsustainable debt burden has an impact on our natural resource because they service in debt repayment scheme. Our financial and environmental crisis are inextricably connected in both the causes and solutions. Much too often, one business’s action and assets become liabilities for other people- tax payers, families and natural resources. Gambia and many African Countries are mired in huge debts arising from foreign loans that hardly benefited the people and is destructing our environment. Gambia and many African countries should start some form of citizen debt auditing movement. In Many Latin American countries, citizens used debt auditing as alternative weapon against state capture. For example, President Correa established debt audit commission and in its finding illegal and illegitimate, debts justify a default that ultimately reduced the country’s debt to stand at 65% of GDP. Alessandro Liepold, a former Deputy Director at IMF pointed to Ecuador as an unorthodox potential blueprint for others to follow.

The wind of change that blows in the Gambia in December 2016 and the demonstration for environmental justice in Kafuta, Gunjur, Bijilo Monkey Park, Sanyang and Bakoteh waste dumping site should alarm the coalition Government of President Adama Barrow to open a political discourse about the possibilities of taking care of environmental problems confronting the country. Environmental problems in the Gambia are emerging democracy issues because biophysical nature of our environmental problems have social, political and economic linkages affecting livelihood. There is a strong connection between Environmental justice and human rights. In many part of Africa, despite political changes, still there is lack of basic civil liberties and human rights. Our continent since after independence humanitarian crisis because of natural disaster such as drought, civil conflict and economic decline.

Using political ecology as a tool of conceptualisation for critical analysis, politics, culture, economic, trade and finance, culture, technology are all related to ecology and natural environment. Therefore as citizen, we should always think locally and act globally to ensure we protect and conserve the ecological balance that sustain our life on this planet Earth. Global environmental and climatic change is affecting our wellbeing and quality of life.
There have been critical and some controversial debate in academia surrounding poverty in Africa and environmental degradation. The Neo-Malthusian school of thought stated that population growth is the cause of environmental degradation in our continent while Post development school of thought argued about the problematisation of poverty and when and how it evolves into our development discourse. Problematisation of poverty according to post development school of thought embraces the Neo-Malthusian school of thought.

It sees people as burden rather than blessing and casually misleading world population. The development theory of modernisation, which evolved from the post second World War Reconstruction as a discourse of how to do development view poverty as the cause of environmental degradations. They failed to realise that it is the structural inequalities, which is caused by economic relation between developing and developed countries, is the heart of the problems, there is poverty and environmental problems in developed countries, but that of Africa and other developing countries is deepening.

Poverty and environmental degradation in Gambia and many Africa countries is associated with debt and trade. Many poor African countries are indebted and because of the debt burden, their natural resources are been mortgage into servicing debt. This is visible in Gambia with our coastal shoreline littered with Chinese Fish Meal factories and our Marine Resources depleted by Chinese and European Fishing Trawlers in the name of trade and investment. In it some of this action that are people are pushed into poverty by the action of our governments to deal with debt servicing which in effect cumulate to rising prices and lower income, and the daily struggle for survival put pressure on the fragile ecosystem. Both the Chinese and European Union Trade and Fishing Policy with West African Countries is leading to depletion of fish stocks and affecting livelihood of small fishermen. The Chinese and European States capture of the lion’s share of West African Fisheries resources if it is not police and regulated will lead to collapse of the fish stocks due to over-fishing, the consequences are weakened ecosystem; the cost of these ecologically unsounded policies will be a borne to our future.

Debt servicing has put pressure on Forest Resources in many developing countries where Forest Resources contributes significant proportion of GDP. It leads to increase in issuing logging license for production of timber for export, privatisation of public forest to multinational corporations for logging and mining to meet the country’s balance of payment deficit and thus increasing the threat of deforestation. Many of these instances led to increase in deforestation, force eviction of indigenous population from the land, social exclusion and marginalisation of the poor due to corporate takeover and business as usual.
Poverty-induced environmental degradation is a prevailing reality in Gambia and rest of Africa. It is been established that the poor are agents and victims of environmental degradation. There is a positive relationship between rural poverty, fertility and environmental degradation. It is not poverty that is the cause of environmental degradation but institutional failures the root of which is international capitalism and its political economic setting. The condition of poorest people in many part of developing countries have not improved while the gap between the rich world and the poor world keep widening. Unsustainable consumption and production resources in developed countries cannot be separated from the problem when it comes to climate change debate.

Environment at global and local level in developed and developing countries aims at increasing economic growth measured in GDP per capita which normally don’t taken into account externalities such as environmental degradation. Every country wants to increase its Gross Domestic Product and for poor countries, they turn their natural asset into servicing debt. Developed countries have specialise diversify economic such as financial sector, manufacturing, construction, service industry etc which have put the people off the land. The poor countries have no choice but to exploit their natural assets for their livelihood.

Environmental degradation is an impediment of economic development. People remain poor because of the unjust distribution of wealth and power within their own societies and economic development polices impose upon their governments. For example, neoliberal structural adjustment policies in Africa in the 1980’s and 1990’s have impact on the poor and the environment. In many instances, the poor are blame for increasing their population. However, equating numbers with resource depletion is misleading. Developed Countries have low fertility rate when compare to developing countries but their ecological or carbon footprints is greater than that of the developing countries.