The Gambia is a secular state! Part 1 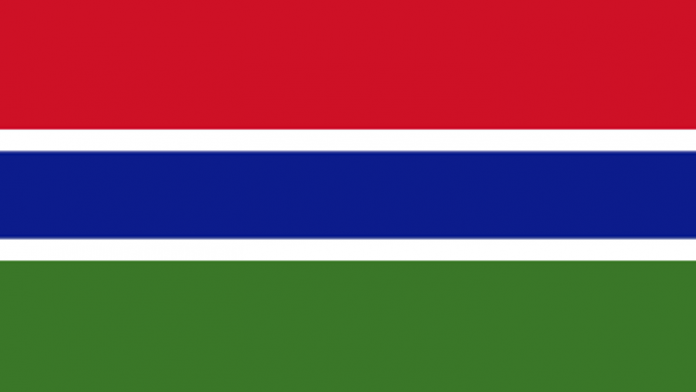 This write up is motivated by my engagement on several debates against mates, and some of my lecturers who hold the view that The Gambia is not a Secular State. Most of whom, in their own scanty arguments to their erroneous conclusion would utter this sentence: “The Gambia is not a Secular State.” This sentence has recently reechoed by a prominent politician in our country that had particularly drawn my interest and thus the reason for this essay. May I establish from the onset that, I would excuse the ignorance of any individual on the subject matter under discussion save that of those who are “well informed “but yet decided, in their callus attitude to display academic hypocrisy for whatever reasons, and continued to mislead the unlettered masses. I here labeled them, intellectual fools.
Most of the arguments on secularism presented, especial on social media are as vague as unconvincing primary because many do not comprehend the contemporary concept of secularism to assume the least. Therefore, to avoid a repetition of such seemly academic lawlessness, I will land proper in advancing my argument under the indisputable fact that the Gambia is like many other countries in Africa and the world over a secular State firstly, by examining the highly distorted concept under scrutiny before examining the secular statues of the Gambia.

Secularism does not mean atheism!
Secularism does not mean atheism!
Secularism does not mean atheism!
From the Latin root of the word and concept “saeculum or secularis” or “laicidad” in Spanish or “Laïcité” in French, the emphasis has always refer to the separation of the State from religion and the principle of neutrality expected of the State as a political institution when it comes to the matter of “Religion”. “Secularism is a political concept that refers to the “belief that religion should not intrude into secular (worldly) affairs, usually reflected in a desire to separate church from state” as defined by Andrew Heywood’s Politics, 2002. And is it not Thomas Jefferson who broke down the complexities in understanding the concept of secularism in a single sentence, when he refers to it has “A wall of separation between Church and State” and in this case of The Gambia, I dear echo Jefferson in reframing it to say secularism in The Gambia’s situation refers to “A wall of separation between the Mosque and the State”. !

Every State is but not without a cosmopolitan” composition. And the fundamental believe the in existence of a Supreme Being (God/religion/faith) is no exclusion in what the subjects of a State do embrace. Religion is the one thing that a unanimous concession would never be met as to which religious the citizens of a particular State should or would adopt, till the earth takes a leave (that is, if it will ever will).

But what is a State, what machineries keep it functional and what are the functions of the State? The failure to understand what the State is as an institution, is one of the very reasons why many won’t even in the first place unlock their minds to understanding what secularism is.
We aren’t lost of the fact that the State is a “political organization of a group of people into a cohesive and identifiable whole occupying a defined territory” as in The Gambia and that the State with its “government having a particular quality or character…” The State is an independent entity as opposed to its subjects.

The examination of the State and its particular quality and character are relevant herein. The State exists because a particular people surrendered “certain” values and adopt “common values” and/or Ideas that binds them as A People seeking a common good. They become one, surrendering or in a way “abandoning “certain discrepancies that exist among them and adopting others that are “reason base” which upholds them together. Region is one issue as highlighted earlier which has its roots on the fundamental beliefs of the various people who form part of the subject of the state, and knowing well that as diverse as the subjects are, and so are their ideas and believes regarding the Unseen God and because of the extreme nature of “believing” generally, it is impossible to have the subjects of the state agree upon a single religion, as the only one they would follow or should adopt, except otherwise through tyrannical/ autocratic means which due to its nature is bound to face the reactionary force of the people and would eventually fail!

For this reason, and in order that the existence of the State isn’t threatened by the very diverse believes of the people about God or religion there is the need to establish a “Non Religious State”. A State; as an institution that would be neutral, in matters regarding religion. A state that won’t impose believes on its subject while its subjects are free to chose or practice any religion or not even one. A State that isn’t in itself religious and a State where logical reasons are given to the guiding principles of the nation’s laws as opposed to creeds fetched from religious morality whose reasons may not even be known at times.

What is a “Non religious State”? I listened to my Islamic Family Law lecturer; argue bitterly that Secularism means “believe in the non existence of God and that the Gambia would never allow such ideas.”! He wasn’t all wrong, and I partially concur with the former part of his statement. Allow me some little latitude to grade my lecturer here, it is a rare most opportunity for students and I won’t waste this one either, LOL! For the sake of argument, I agree secularism in his literally interpretation of the word means “believe in non existence of God” as he argued. The reason being that, The Gambia as a “State”, is a pagan in nature. I agree completely with him that The Gambia doesn’t believe in the existence of God because The Gambia never did and isn’t supposed to! The Gambia didn’t know God and for its continue existence it should not! In other words She is an atheist. The State as a political Institution shouldn’t be “religious” It should not represent “religion” nor should it appear in its dealings by the representative of the people, to have represent a particular religious agenda or interests. That is a “Non Religious State” and the very foundation of Secularism and a large extent, democracy. This must not be confused with the individuals’ right in the State to subscribe to a religion, which forms the very relationship between the individuals and religion, this I will discuss later.

Different machineries in unison, keep the State functional. The Judiciary, National Assembly, Executive and lot more through their activities kept the State alive and well. Such activities are expected to never in the least be guided or to be based on religious or spiritual sentiments or laws (purely morality laws). This is primordial for not only the dispensation of justice but for peace and the very existence of the State, for public institutions to serve the citizenry without basing their actions, policies or laws on any religion. Having said that, as a matter of principle, laws that governed the State shouldn’t be based on religion spirituality or religion’s so call morals values (Not to mean that morality shouldn’t be given any considered).

Lets us now examine this three relationships in the doctrine of secularism.

The relationship between the State and Religion: In the doctrine of secularism, the State as an institution may recognize the existence of “religion” but the state must not in itself be “religious”. The distinction is that, the state doesn’t adopt or should not adopt religious laws in its existence or process of governing, and where it does for example in the case of The Gambia under section 7 (F) with capture “The sharia as regards matters of marriage, divorce and inheritance among members of the communities to which it applies” such laws only applies to individual who at their very discretion choose to be bound by such religious laws.

The relationship between the State and Individual on religious matters must also be looked at as a crucial element in contemporary Secularism. This relationship counts that, the individual in the state is at liberty to practice any religion and that the State should not treat its subject base on the religion they chose to subscribe to nor discriminate them. In secular regimes, all individuals are treated equals regardless of the religion they profess. This is no doubt highlighted multiple times in our laws particularly in the 1997 Constitution, even excluding the annulled section regarding the matter (sect. 1(1) of the 1997 constitution, which I address later) lets avert our minds to “section 25(3) (b)(c) section (32), section 60 (2)(a) and section 62(1), section 100(2)(b) respectively. Including as well the criminal code namely; section 177, section 118, section 119, and section 120 respectively [ in addition to which I could also make references to] some international human right instruments essentially, the African Charter on Humans and Peoples’ Rights and the international Bill of Rights respectively” the Charter of the United Nations among host of others.

To sum it in simple terms, secularism asked that, the State should have no business to do with religion! The Individual in the State is however at liberty to subscribe to any religion or otherwise not. Including the freedom to invent one! And finally the state should not use religion as a tool for governance or for the enactment of laws.