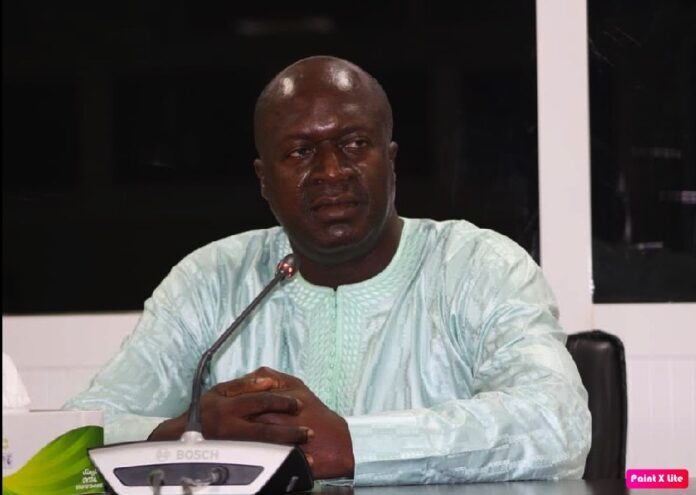 After much reflection on LTT’s testimony it is sad that the General chose not to serve our country well at such an opportune moment. His testimony only served the purpose of tribalism and division and not national salvation! Unfortunately.

First, he was a key pillar in maintaining the dictatorship. When you do an analysis of power one will realise that the CDS is one of the major structures in the edifice of state power. Before that, Lang was a commander of the guards that protect the presidency which was occupied by a tyrant. Hence the existence and survival of the Yahya Jammeh dictatorship rested heavily on Lang’s shoulders.

There was no human being on earth who did not know or had no opportunity to know that Yahya Jammeh was an ungodly, tyrannical leader! One such evidence of that dictatorship was that very panel at NIA of which Lang was a member. This was one of the structures and processes that were created to legitimize and legalize disregard of the rule of law, violations of human rights and maintain a culture of impunity. Yet, Lang continues to appreciate that structure and process.

As an adult and a senior military officer and senior citizen, Lang cannot feign ignorance of the culture of tyranny that was unleashed on Gambians. Lang knew from the beginning that the Yahya Jammeh regime was a murderous, intolerant, oppressive and corrupt regime! But until today he cannot bring himself to acknowledge that fact. Why?

It is so disingenuous for Lang to deny any knowledge of abuse yet he was going inside the NIA to preside over investigations of treason! Is it that Lang wants to tell us that between 1994 and 2009, no one ever told him, even in confidence of the crimes of the time? Does he want to tell us that he never read any media and international reports about the state of affairs in The Gambia at that time?

Even those illiterate, underprivileged Gambians without access to any modern gadgets and social media knew that there was mayhem in the land! But a sophisticated general says he was not aware!

What is most scandalous in Lang’s testimony is to seek to moralize and legitimatize that NIA panel as a decent body. Yet Lang knew that there were individuals connected with that body whose sole purpose was to torture which he could confirm with the case of Faring Sanyang. If that was not enough to tell Lang that there was crime going on then Lang must have been either part of the crime or a highly ignorant and dishonest person!

Then he became a victim of that system. But even there Lang has the audacity to pretend that Yahya Jammeh had no hand in his predicament? Why would Lang defend a tyrant who sent him to jail illegally and even killed other people such as Daba Marenah, who Lang claims to be his close buddy much like family?

But today he sought to defend that system even though he noted that he was subjected to mock tortures! He did confirm that he was sure that there were plans to torture and even kill him. If there could be such possibility, is it not therefore logical to conclude that such abuses had indeed happened to others? I am sure while in Mile 2, at least one of his fellow inmates would have told him that someone was tortured. Yet Lang continued to act as if he was not living in and aware of the situation in The Gambia under Yahya Jammeh.

At the end of the day, Lang did not help The Gambia. The Lead Counsel spared no opportunity in reminding him that the purpose of the truth commission is to establish the truth in order to account for human rights violations, seek accountability and reconciliation and help prevent future occurrences. Nothing could be more noble than that. The exercise was meant to expose how this country drifted away from truth and justice to become a hotbed of abuse and violence!

No one is better placed than Lang Tombong Tamba given his role as a leader, participant and victim of that regime all throughout to tell us the true nature of things. Lang’s lone testimony should have been enough to satisfy everyone in better understanding that system, hence help the country reform. If Lang had been generously open and forthcoming, his testimony would have served to provide deeper insight about security sector reforms as well as wipe the tears of all victims and provide a lesson to all future and current security officers serving in the security sector.

But Lang rather chose to deny Gambians the truth which is necessary for national salvation as he had to make Essa Faal literally force the truth out of him. Yet he has the audacity to end with a passionate closing statement as if he ever cared for The Gambia! That’s shameful and hypocritical.

To tinge that closing statement with underhand tribal remarks while seeking to cleanse Yahya Jammeh off of any form of tribalism is indeed a great disservice to the country. Yes, any citizen who is removed from office on account of tribe must be condemned. So those officers and officials who were sacked, if it was only because of their ethnicity then they must be reinstated and compensated! That’s utterly unacceptable.

But the fact remains that it was Yahya Jammeh who indeed cultivated a culture of tribalism in the public sector as well as in the security sector in ways never seen before. He perpetuatd a tribalist narrative in politics and did everything to force that narrative and behavior on citizens. Therefore, even if you have other officers from other tribes in the top echelon of the armed forces or fewer ministers from his own tribe, that cannot wipe out the blatant tribalism of this despot! Lang knew that back then.

As if that was not enough, how dare Lang vouch for Alagie Martin, the hammer man, just because he did not kill, or that others who killed were not suspended from the military? Does Lang know what he was really talking about? GAF and Gambians do not deserve any officer who is a torturer, rapist, killer and corrupt. So instead of asking for clemency for a known torturer, a decent man would have asked that all such criminals be removed out of the security sector. Has Lang forgotten about the victims?

Clearly Lang has shown us that he definitely did not find anything wrong with Yahya Jammeh and his evil regime. Rather it appeared Lang’s interest was only on tribe and friends and not what happened to the Gambian nation under that evil regime. This is indeed very concerning as this is coming from the lead general of our security system. It means Lang has only served to further entrench tribalism and division in our society. He has given credence to that toxic tribal narrative concocted by Yahya Jammeh which continues to haunt the country!

I hope the TRRC will throw away his plea to the booboos!