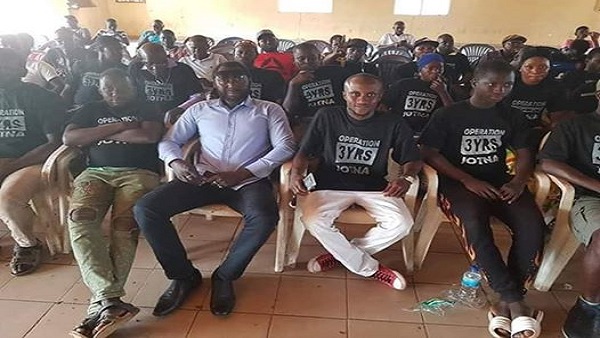 The Inspector General of Police (IGP) has issued a permit to the Three Years Jotna Movement to march and demonstrate their grievances in accordance with the law.

The permit allows the movement to hold a procession from Sting Corner to about two hundred metres away from Denton Bridge on the way to Banjul where they can submit their demands. The permit is for Monday, 16th of December 2019.

Protests are very important aspects of democracy because it talks of; and enables the citizens to express their grievances or their approval of something in the country either related to government or not.

The Three Years Jotna is a movement which is calling for the president to respect the three years he campaigned on and step down at its end. In 2016, seven political parties and one independent candidate came together to form a coalition in order to have a chance to topple Yahya Jammeh.

Among the conditions of the coalition was the fact that whoever is chosen to be candidate would have to resign from his party and promise not to run in the next election. It also stipulated that the Constitution should be amended to cater for an election ninety days after the president resigns.

However, the amendment to the Constitution was not done and that has caused disagreements about the viability of the president resigning as there are no plans as to what will happen after he leaves office.

For the past three or four months, the talk in town has been on the three years agreement with some calling for the president to honor his words and step down while others insist that he must complete the five-year mandate.

The president himself proclaimed that he will rule the entire five years and no one can force him to step down before that. His language was rigid initially but he has been seen to have softened it lately.

It is important to note that the permit that has been given to the Three Year Jotna restricts them to a very small area and a short time which might defeat their purpose entirely. It is however an achievement as many thought that the permit would be denied.

Standard newspaper and the police