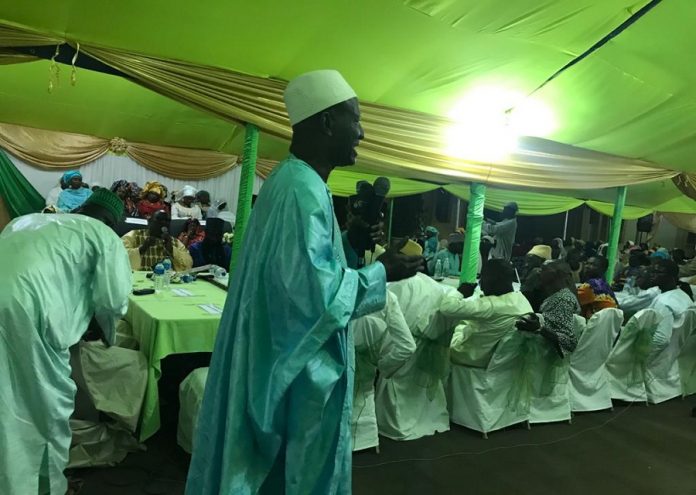 Death struck Imam Pa Momodou Njie of the Pipeline Mosque on March 2 and tens of thousands of people mourned an exemplary Gambian of excellence, dignity and conscience.
Pa Momodou Njie’s life was lived with a high respect for the core values of honesty, humility and honour.

Both as Imam and a former Ambassador, Pa Njie demonstrated true leadership qualities underlined by conscience, character,
competence, conviction, commitment and courage.
He was able to mix both the temporary life on this earth and the spiritual life that teaches mankind of the world after.

Ever respectful, tolerant and firm, Pa Njie was born to Alhaji Ebou Njie who hailed from Daru Medina and Ajaratou Sey from Banjul. 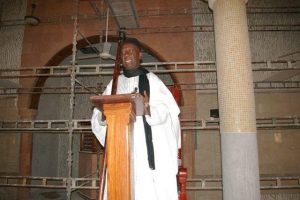 He attended Muhammadan and Crab Island Schools respectively and started Islamic and Quranic studies at the Dara Arab founded by Oustass Imam Tafsir Gaye at Muhammadan School at the time when the late and leading educationist Mrs Joanne Mbye was Principal .
Njie always referred to Imam Tafsir Gaye and Imam Ratib Cherno Alieu Mass Kah as his professors because they significantly molded and impacted his religious knowledge of Islam.

As a youth growing up in Banjul, he was a member of Oldham Vous serving as its President for several years and so efficiently that many of his fellow members continued to call him PREZY till his demise last week. The Vous is noted for producing very upright people who went to become Imams.

The late Pa Njie was also a well travelled man starting from Syria, where he, along with other Gambians, attended “Fatt al Islamic “( Islamic Institute of Syria in Damascus and later University of Damascus before moving to Al Asar University in Egypt .
These compatriots returned to The Gambia to become eminent and dignified religious scholars and Imams.

Upon his return to The Gambia Imam Pa Momodou Njie joined the Ministry of External Affairs at a time when Hon Lamin Kiti Jabang and the late revered Ambassador Ebou Momar Taal were Minister and Permanent Secretary respectively.

Up until his death last week, Pa Njie always referred to Jabang and Taal as his bosses.
During his diplomatic career, Pa Njie was Gambia’s pioneer Ambassador to Qatar and facilitated the first visit of the Emir of Qatar to The Gambia.
He was inspired by Imam Ambassador Professor Omar Jah under whom he served as a Consular officer at The Gambia Embassy in Saudi Arabia.

Njie had believed that one can combine the temporary and spiritual lives and be your best at both. He equally inspired another Gambian, Imam Ambassador Basir Drammeh, to excel and to become Imam and Ambassador when he recommended him to join the diplomatic service.
Drammeh too became The Gambia’s Ambassador to Qatar and is currently Imam of Latrikunda Mosque.

Pa Njie was also The Gambia’s High Commissioner, Ambassador Extraordinary and Plenipotentiary to the sister Republic of Senegal. He was indeed the architect that enabled the newly democratically elected President Adama Barrow to be sworn at The Gambia Embassy in Dakar against all the odds in January 2017. He assured President Barrow’s sojourn in Dakar out of courage and conviction to his conscience and did the right thing.
“I always posit that what is right is not expedient and what is expedient is not right- therefore always do what is RIGHT.”

He was among the Gambian Ambassadors at the material time who signed an open petition asking the then President to respect the will of the people and yield power to the newly elected President. It may also be worthy to mention that he was First Secretary at The Gambia High Commission in Senegal in 1981 and also played a role in restoring the rule of Alhaji Sir Dawda Jawara, when The Gambia invoked the defense pact with Senegal to foil the bloody coup of Kukoi Samba Sanyang in July 1981.

As the late and revered Labour Union activist and educationist A E Cham Joof would say, “ History cannot proceed by in silence “.

Humility was Pa Njie’s greatest virtue, a character he shared with his wife Ajaratou Haddy Jagne who pre-deceased him.

The Holy Prophet said There is nothing better in this world than a righteous wife and Imam Pa Momodou Njie of blessed memory was fortunate to have a righteous wife in Ajaratou Haddy Jagne, who departed this world on 1 February 2018 in Ouakam, Senegal . Little did anyone know that two years and two months to the day, her husband Imam Pa Momodou Njie will join her, on 2 March, 2020.

Death of course was always going to come and Imam Pa Njie knew this and constantly reminded his congregation with the following quotes:
“To Allah we shall return; we may not know when, where and how and at what place and what time and 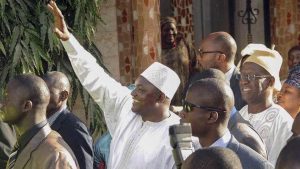 in which way or form”.His last sermon was delivered on the 29 February, 2020 at the 30th Annual Gamo of the Pipeline Mosque on the life and times of Seydina Omar. Pa Njie had adjourned the sermon and promised to continue it on Friday 6 March, 2020, when he was scheduled to lead the Friday prayers InshaaAllah.That did not come to pass as Imam Pa Njie answered to a higher calling on Monday 2 March, 2020 at 4:15 a.m. That was when Imam Ambassador Pa Momodou Njie took his last breath on earth.

The end of exemplary life full of gratitude, grace and glory that stayed in the service of God. His long term friend Aboubacar Dandeh Njie described Pa Njie as a temple of knowledge.

Please remember him in your prayers and may Allah reward his humility and humanity and grant him eternal rest in heaven.