TRRC update: The journey So Far 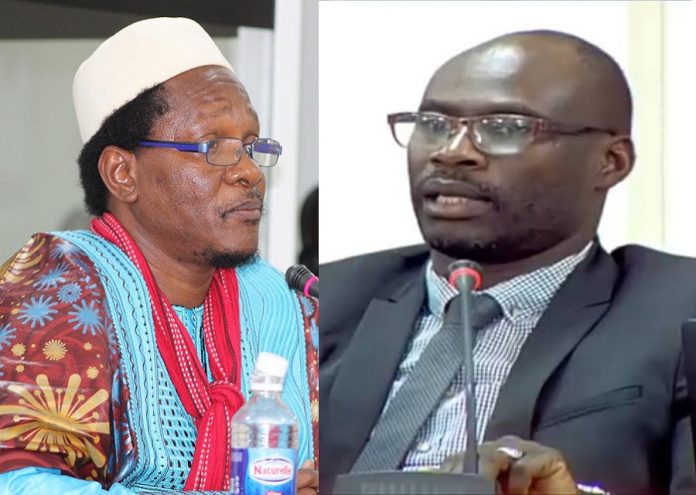 The TRRC ended its fourth three-week session of hearings on Thursday, April 25, 2019. During this session, 16 witnesses testified before the Commission, bringing the total number of witnesses to testify since January 7, 2019 to 57. A significant number of these witnesses are former or current members of the Gambian security services. Seven of the hearings were held with Diaspora Gambians via video conferencing. One hearing was held in camera and another was that of a protected witness. At least eight women have so far voluntarily testified before the Commission, most of them widows of the November 11, 1994 incident. The hearings during this fourth session yielded valuable evidence on circumstances surrounding the July 22, 1994 coup, the November 11 and Koro Ceesay incidents, and a 1996 incident at Denton Bridge involving supporters of the UDP. The Commission will hear more testimonies on these issues when sittings resume on June 10. It is also anticipated that time permitting, the Commission will hold its first Institutional hearing on the media during the fifth session which ends on June 28, 2019.

The TRRC experienced a significant milestone when our team of investigators discovered and exhumed the remains of seven victims of the November 11, 1994 incident at Yundum Barracks. The seven were among an estimated 14 soldiers summarily executed and buried in mass graves during the November 11 incident. Once the suspected grave sites were pointed out by witnesses and before the search for the remains started, members of all 14 families of the November 11 victims were invited several times to our offices for conversations, sensitization and counselling on the process, expectations and related issues. Victims’ families were also requested to provide any ante-mortem data they remembered to help in the subsequent identification of discovered remains.

Information on things like body marks, dental features and clothing the victims wore were collected by our teams. All 14 families were also invited to the viewing of the exhumed remains at Yundum Barracks. On all occasions, the TRRC reimbursed the cost of travel to all family members attending these sessions. We will continue engaging these and other families as together we try to get justice, closure and healing for our loved ones and our country. As at the time of this update, our team of investigators continue their search for November 11 remains at Yundum Barracks.

Experiences from other jurisdictions suggest that many truth commissions find it extremely difficult if not impossible to persuade alleged perpetrators to willingly come forward to give their statements, testify on their alleged wrongdoings and shed light on crimes and human rights violations that occurred in the past. The TRRC is proving to be an exception to this rule. So far, at least nine alleged perpetrators have voluntarily come forward and testified on their alleged participation in the commission of crimes. On Wednesday 24th and Thursday 25th April, the TRRC had its most high profile alleged perpetrator yet with the appearance before the Commission of former AFPRC Vice Chairman Sanna Sabally.

Sabally’s appearance came after he was served with a Notice of Adverse Mention in Dakar and subsequently accepted our invitation to come testify before the Commission. No conditions or guarantees of amnesty were attached to his appearance. We are hoping that other adversely mentioned persons will voluntarily come forward to testify. Barring a voluntary offer to testify, the TRRC may subsequently invite and if necessary subpoena these persons to appear before the Commission. We have issued one subpoena requiring one adversely mentioned person to appear before the Commission during the fifth session.

We are happy to report that about two weeks ago, the TRRC received the long-awaited medical reports for all nine victims initially referred to the Medical Board set up at our request by the Ministry of Health in November, 2018. These included four victims of the April 10 / 11 student massacre and five victims of the April / May 2016 incident involving the arrests of Solo Sandeng and other persons. A copy of their individual reports has been made available to all victims and we have started working on how best to ensure that they get the treatment and care they need and deserve. We have so far been in touch with individuals and both national and international institutions with a view to facilitating access to treatment for these victims either at home or abroad. We are also in the process of setting up a Victim Support Fund to supplement whatever reparations funds are provided by the Gambia Government through the Ministry of Justice. A TRRC policy on reparations is at an advanced stage of formulation.

As part of our Never Again campaign, the TRRC continues to be engaged in robust outreach activities with the objective of supporting victims and fostering our national conversation on what went wrong, why it went wrong, and how best to prevent a recurrence of dictatorship and human rights violations in this country. During this fourth session, our Youth and Children’s Network Unit visited Kotu, Muslim, Kanifing East, and Brufut senior secondary schools. This is in addition to the 32 schools visited countrywide since November 2018. Meanwhile, the TRRC continues to sponsor students from various senior secondary schools in the Greater Banjul Area, the UTG, MDI, GTTI and other learning institutions to sit in on our hearings as a way of getting them involved in the process and getting their feedback on our work and their experiences.

Our Reconciliation, Women’s Affairs, and Communications units have also conducted at least five town hall meetings and village dialogues, and at least four Women’s Listening Circles across the country. At least three outreach activities have so far been dedicated to survivors of Ex-President Jammeh’s sham Alternative AIDS Treatment Program. The Commission has also visited one village community that was a victim of Jammeh’s 2009 witch hunts. We expect to hold hearings on both the AIDS treatment program and the witch hunts before the end of this year. We are pleased to say that the TRRC was an active participant and co-sponsor of the 2019 Brufut Marathon.

As we work towards the fifth session, we wish to invite all victims and all persons who were directly or indirectly affected by, or have information on any human rights violations between July 22, 1994 and December 1996 to please come forward and give their statements. Witnesses and victims unable to make the trip to Dunes Resort are encouraged to call 9348929 / 2949170 / 2590391 / 5086200 and arrangements will be made to take their statements. Women are particularly encouraged to come forward and give statements according to modalities that preserve their safety and dignity and protect them from stigmatization and retaliation. The TRRC offers a modest reimbursement of transportation and other minor expenses to witnesses and victims travelling from other parts of the country to give their statements. Meanwhile, we wish to make clear that while there will be no hearings until June 10, the TRRC remains open for business.

Finally, we wish to take this opportunity to assure the general public that rumors making the rounds that Lead Counsel Essa Faal has resigned or been sacked from the TRRC are just that – rumors. Equally false are rumors that the Christian community is engaged in a fight with the TRRC or its Chairman. The TRRC remains intact and at peace with itself and with the Gambian public. While welcoming and embracing the general public’s enthusiastic engagement with the TRRC process, our Commissioners and staff remain one big family of friendly colleagues dedicated to the actualization of our mandate. We are confident that the crippling in-fighting among commissioners and staff of some truth commissions around the world will never happen at the TRRC. We continue to seek the understanding, support and blessings of the general public.

- Advertisement -
Share
Facebook
Twitter
Pinterest
WhatsApp
Previous articleLetters: The need to change Gambian model of Labor Day
Next articleThe President and his Vice President are sowing the seeds of dictatorship in our country
Join The Conversation