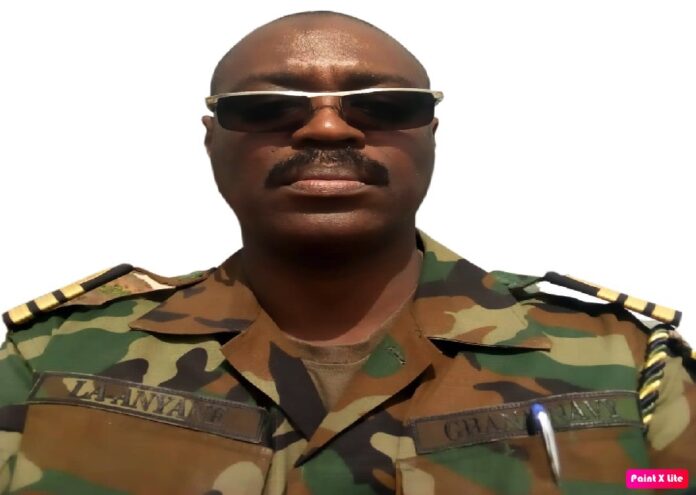 An unidentified soldier serving with the West African troops posted at Mankamang Kunda has been accused of attempting to rape a 16-year-old girl in the Upper River Region, The Standard has been reliably informed.

According to our sources, the girl was coming from welcoming the president who was visiting project sites in the area on Friday with her friend when they were allegedly followed by two soldiers they identified as Ecomig.

The girl’s father, name held, confirmed the incident to this medium.

“I can confirm to you that a soldier identified to be part of Ecomig attempted to rape my daughter. It was only because of good luck that she escaped as some people coming from Julangel village heard the girl screaming and ran to rescue her from the soldier,” he alleged.

The father said they have since reported the matter to the Ecomig Command in Mankamang Kunda who promised to get back to them.

“They even promised to visit us but they have not yet done that,” he said.

He however added that his fellow villagers and the Alkalo have since advised him to drop the case.

“I tried to report the matter to the police but the villagers and the Alkalo have advised me to drop the case as far as the man didn’t succeed in raping my daughter,” he said.

Reacting to the allegations, the mission’s spokesperson, Commander Andy La-Anyane said: “My checks indicate that there was this patrol by Ecomig personnel obviously because the president was around and was to spend the night in Mankamang Kunda. So standard procedure means troops in the evening will conduct patrols to ensure that the area where the president is living is secure. Let me note that night patrols are not conducted by one person and in this particular case, I understand they were about five members of the patrol who went out. It is very strange that one of them could get himself involved in an alleged rape incident without his other colleagues knowing. The other question is why would the girl wait until in the morning to report the issue when it was supposed to have happened in the night? My checks indicate that this may be a fabrication. I don’t know whether they have reported the matter to the police but my men on the ground told me nothing of such happened. They have confirmed that the following morning, a girl with a father or uncle came to report that an Ecomig soldier attempted to rape her but she couldn’t identify the soldier. But they were informed that nobody went out in the night on his own and that the only people who went out were the night patrol.”

Commander Andy further explained: “We have a very strong Commander for Ecomig who doesn’t under any circumstance want to hide or cover up any misbehavior of his personnel. An example is the two soldiers who violated Covid-19 regulations. Let me assure everybody that Ecomig will never cover up for any of its personnel’s misbehavior. Whatever it is, further investigation will go on and if it comes out that any of our personnel were involved, the law will take its course.”