Urbanization and its perils: The Gambia is witnessing the end of its safety net?— the “compound” institution 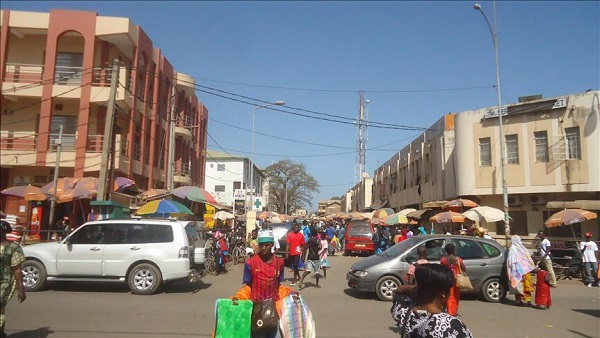 By Sheriff Kora and Sulayman Njie

Essentially, most observers and analysts would contend that urban Gambia is changing at a rapid rate. Since the dawn of the 21st century, The Gambia has witnessed a plethora of trends, shifts, changes and developments. However, one of the biggest changes our country has witnessed is, for lack of a better word, the rapid erosion of the compound model?—?which used to be a buffer for many folks in the urban areas. This model used to be a safety net for many family members who were not financially stable. This model also provided many assurances including, but not limited to, food, shelter, and childcare. The erosion of this very necessary and quintessential Gambian institutions?—?one could argue?—?portend many problems, coupledwith, homelessness and food insecurity.

Moreover, spatial inequality is also another contending problem in urban Gambia. The poor make up the majority of the urban and peri-urban population. Many live in modest dwellings that lack electricity, water, and proper sanitation. Some in the urban and peri-urban areas are forced into deeper poverty by selling their lands and properties to meet the rising cost of living.

As The Gambia becomes more urbanized, it is also experiencing an increase in its young population?—?a demographic shift that may change the dynamics of migration, in the country. With the current state of our economy, the pressure for rural people to migrate to the urban and peri-urban areas will heighten.

Today, the younger generation that is between the ages of 15 and 30 is struggling in an environment in which job creation has not kept up with population growth. Many among the Gambian youth are deprived of the economic opportunities and independence once enjoyed by their parents. The alarming rate of high unemployment, underemployment, and social stigma has left many young Gambians in a state of disillusionment and fatalism. In addition, in a country where 22% of GDP is based on remittances, it is not hard to see why the “Babylon Syndrome” is evermore etched in the consciousness of its youthful population; thus, propelling the avalanche exodus of our youth to Europe via the “backway”.

As a result, one could argue that given all the aforesaid problems, migration to Europe, for many of our youth, becomes a necessity not a choice. And, with all of these challenges, why does the youth have to stay in a country (i) where there is no upward mobility and (ii) where the economic ambiance is static in a decadence of an antiquated era? If you were in the shoes of these urban and peri-urban youths?—?wouldn’t you consider taking the “backway” in hopes of getting yourself and your family out of this cumbersome cycle of poverty, disillusionment, and fatalism?

Finally, rapid urbanization and high economic growth are likely to heighten economic inequality. It’s important for governments to introduce sound social and economic policies to mitigate negative effects. To that end, are the national and local governments making any forecasting, projections, or conjuring any ideas on how such changes are going to affect the citizenry? How is this going to affect the societal and communal structures that have held our communities together since time immemorial? Is The Gambia ready to deal with homelessness and food pantries? What does all of these foretell? The answer to these questions are beyond the scope of this article, however, if our country is to achieve sustainable development and inclusive growth, it’s important for the government to refocus its attention towards creating sound policies and development strategies to address these complex problems.
Source: saulnjie-medium.com