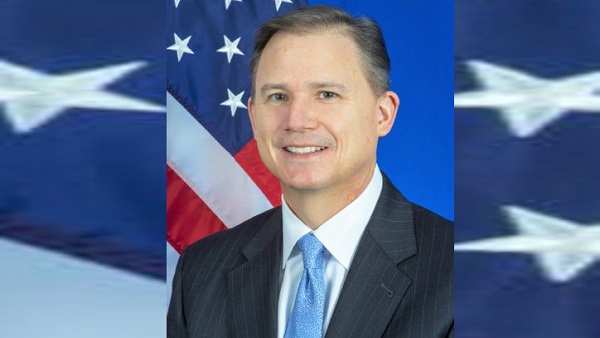 The US ambassador to The Gambia, has spoken on the death of the African American George Floyd at the hands of police, the universal opprobrium it caused and the ensuing mayhem on American streets.

Writing on the embassy’s Facebook page yesterday, Ambassador R Carl Paschall stated: “The response of Americans and Gambians to the tragic death of George Floyd is profound pain and anger, as well as a pressing legitimate need to express frustration and seek truth and justice.

“Healthy democracies require freedom of speech and peaceful assembly. Those who peacefully gather in our two countries and democracies around the world to demand justice, an end to racism and discrimination, and meaningful reform are putting into action our shared values of democracy and respect for the human rights and human dignity of all.
“In the words of an American hero, Rev Martin Luther King, Jr, ‘injustice anywhere is a threat to justice everywhere’. But ‘we must not allow our creative protest to degenerate into physical violence’.

Meanwhile, a group of Gambians are planning on organising a protest march to the embassy on Monday in condemnation of the killing of Mr Floyd and other African-Americans including Gambian-born Momodou Lamin Sisay who was said to have been killed by the police on Saturday. The police claimed Sisay died in a shootout.

Last evening, The Gambia’s Ministry of Foreign Affairs disclosed that it has asked the Gambian Embassy in Washington to engage the relevant US authorities including the State Department to seek transparent, credible and objective investigation on the death of Mr Sisay. “Consequently, the honourary consul in Georgia and the Gambian Embassy in Washington DC are on the ground to support the family of the deceased and to also work with US authorities in establishing circumstances surrounding the death of Mr Sisay,” the ministry announced.