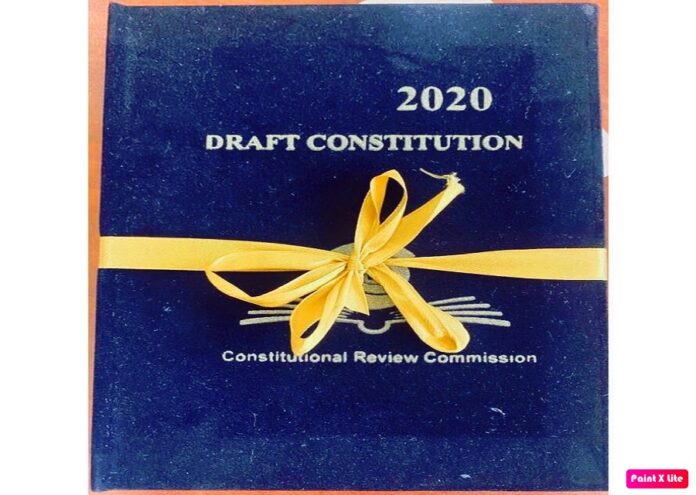 The hottest topic in this country today is no doubt the ongoing efforts to resuscitate the 2020 Draft Constitution, which failed in September 2020 to garner the two-thirds majority it needed to pass in the second reading in the National Assembly.

We can all recall that, apart from the APRC members wanting to preserve their Supreme Leader’s constitution, the others who voted to kill the draft were supporters and sympathisers of President Adama Barrow and their main objection to the draft was its retro-active nature, which sought to deny him the opportunity to seek a third term in 2026 if ever he wins his re-election bid later this year. We all saw how everyone in the Barrow camp, both in and outside the National Assembly, were jubilating when the draft was thrown out. It was therefore quite clear to everyone that the whole scheme was hatched and executed at the State House.

Of course, most Gambians and indeed friends of The Gambia were quite disappointed by the failure of the draft constitution to get enacted, especially considering the fact that it was not only a byproduct of an extensive public consultation, but it also cost the Gambian tax payers more than D100 million to produce the draft. It is still quite hard for any reasonable person to see the rationale of throwing away such an expensive document simply because President Barrow wants to be given the opportunity to cling on to power for at least 15 years.

It is even harder to understand when at the very onset; President Barrow himself gave an undertaking that he was only going to serve three years as a transitional president. Therefore, if he later changed his mind, apparently after getting intoxicated by the trappings of power, and decided to serve the full five-year term allowed by the 1997 Constitution, everyone would have expected him to be grateful for being given the opportunity to go for a second five-year term. Why would he therefore clamour for more to the extent that he would even incite his sympathisers in the National Assembly to kill the document at the second reading, thus denying even the Gambian public the opportunity to have their say over it?

It now appears that, apparently as a result of the pressure being applied on his government by donor partners, President Barrow has regretted his mishandling of the process and he is now eager to get the draft re-introduced and passed. However, he still seems to insist on his “pound of flesh”, which is to be given the opportunity to rule this country for at least 15 years instead of the maximum ten years everyone had been advocating for the New Gambia.

The question that everyone seems to ask however is whether it was really necessary to invite President Goodluck Jonathan to come all the way from Nigeria to mediate in the process of re-introducing the draft constitution to the National Assembly when all that President Barrow could have done was to invite the various stakeholders to discuss the matter and come to a consensus. Therefore, many people feel that it was a waste of time and resources to invite an outsider to help us do that, as the draft is a Gambian document, drafted by Gambians and there was absolutely no need to involve anyone else in the process.

Vaccine certificates: does the end justify the means?

On Myanmar’s generals: Impunity has bred this ruthlessness