The Standard
28.8 C
City of Banjul

Why Mamma Kandeh and Ismaila Ceesay are on the wrong side of democracy, on the term-limit issue, and why it matters 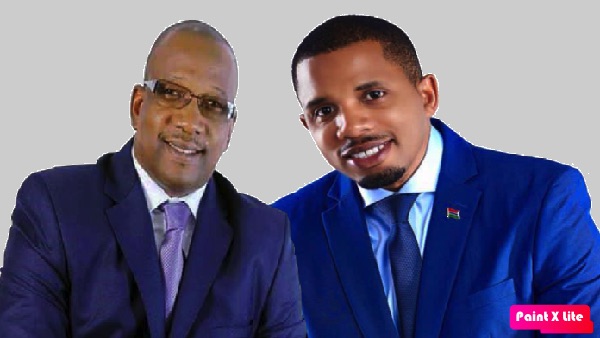 If you thought this wasn’t a conflict situation that necessitated foreign intervention, you’re not alone. By every objective measure, the recent constitution talks in Abuja, Nigeria, were a sheer waste of scarce national resources. But, in the grand scheme of things, the Nigerian trip was trivial compared to the more substantive issues that surfaced there. The critical issue of retroactive term-limit in the draft constitution has the potential to differentiate Gambia from other African nations where the hunger for power, and its insidious effects, influence every facet of life, with adverse consequences. The corrosive environment that emanates from this African character, induces a siege mentality where leaders spend inordinate amount of time fending off perceived political enemies, often with horrific repercussions. In Africa, anything more than two-term limits feeds the ego and greed of leaders, creating situations where the monopoly of opportunities is limited to family and political cronies. This is an overview of the consequences of hunger for political power.

This ties to the Gambia’s draft constitution dilemma and ongoing drama, in significant ways. The rules and laws about how Gambia is governed, now and into the future, are too consequential to hang on the desire of one person. It must be based entirely on the national interest. But, more than that, it must hang on the concept of good governance, where the latent national interest supersedes that of an individual’s manifest desire. In the Gambia’s case, there is no national interest, whatsoever, in extending the constitutional term limit to three; not for Adama Barrow, or anyone else. The draft constitution is clear in its delineation of the ‘term limit’ of the president, viz: (100. Term of office of President 1. Subject to subsection (3), the President shall hold office for a term of five years. No person shall hold office as President for more than two terms of five years each, whether or not the terms are consecutive.) The Gambia cannot deviate from this constitutional clause just because of one person’s ego driven desire to stay in power. There is no overarching national interest in any one person remaining in power beyond what the draft stipulates.

In the Abuja constitution talks, the thing that stood out was the unrepresentative delegation that made it to the talks. Citizens’ Alliance, which never contested in any elections, has no more right to participate in constitution talks than any of the other new political parties. Importantly, the four parties that traveled to Nigeria comprise half of the existing political parties, and consequently are unrepresentative as negotiating partners. Secondly, what most stood out was the fact that personal relations, or the typical African compromise system that disregards laws and rules, was the motivating factor behind decisions made my GDC’s Mamma Kandeh and CA’s Ismaila Ceesay. And more perplexing still was Ismaila Ceesay’s 50 plus 1 majority as bargaining point. This shouldn’t be a consideration, because the constitution must clearly outline how elections are won, to empower a political party to govern. Gambia’s status as a republican system, as stipulated in its constitution, demands that no party should govern without the 50 plus 1 majority. That should be a legal decision enshrined in the constitution; not left to good graces of Adama Barrow. Since 1996, every government had been a constitutionally illegitimate minority rule system.

Finally, the Constitutional Review Commission generally did a good job, and the inclusion of the two term limit, as drafted, gave no room for any interested party or individual to squeeze in their personal agenda, without regard to the national interest. Those of us who gave all, to bring this moment in time into fruition, never harbored personal interest in struggling to get rid Gambia of Yahya Jammeh, only to have his old lackeys, who participated in the destruction of this country, come back to run the change we fought so hard for. Adama Barrow’s intransigence regarding the term limit will remain unresolved, thus depriving the Gambia of a much needed constitution. The challenge to bring the draft constitution successfully through a referendum will both be herculean and impossible. The referendum requires 75% of the popular vote, to be ratified. Without the UDP, achieving the 75% ratification margin is impossible. Only one alternative remains in order to bring the draft constitution to referendum for the national interest; Adama Barrow must drop his insistence on 15 years or three terms. Otherwise, unanimity among political parties is impossible. But hopefully Adama Barrow gets the message. Time is fast running out.