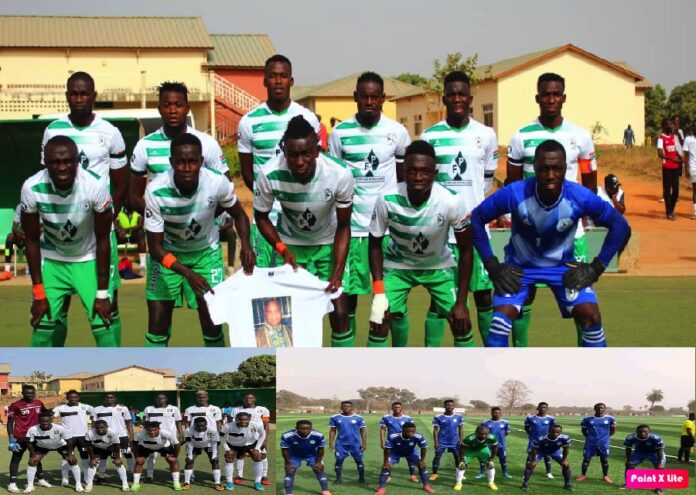 There have been three wins, a number of draws and a few scary defeats in the last round of matches in the GFF Division One.

The weekend opened on Friday with mighty Hawks and the Telecom giants, Gamtel meeting at the Live Your Dreams Football Complex in Basori.

The match did not disappoint. Bubacarr Sonko went straight into business pulling the first goal for Hawks in the 36th minute of the game. Gamtel was provoked but they could not break Hawks who jealously guarded Sonko’s superb goal to the end.

At Yundum, Brikama United picked up their winning formulae with two second half goals against early noisemakers BK Millan, who are gradually losing their good strength.

On Saturday in Yundum, Elite United ended Fortune FC’s dramatic flying start to the season by holding the Farato outfit to a nail-biting goalless draw.

In Basori, GPA missed out on a good chance to capitalise on Fortune’s slip to close the gap on top. The Ferry boys suffered a two-nil loss to Marimoo who now made it two wins in two.

On Sunday, Real de Banjul drew goalless against Wallidan. In the other Banjul derby, Waa Banjul and Banjul United played a goalless draw in Yundum.

As we are going to the press, Gambia Armed Forces are playing against Tallinding UTD at the late Ousman Saho Football field.

- Advertisement -
Share
Facebook
Twitter
Pinterest
WhatsApp
Previous articleWhy Mamma Kandeh and Ismaila Ceesay are on the wrong side of democracy, on the term-limit issue, and why it matters
Next articleParliament ratifies agreement for establishment of DCAF office in Gambia
Join The Conversation

By Tijan Masaneh Ceesay   The Gambia qualified to her first Nations Cup tournament and yes, the praises and gratitude to many who paved the...
Read more
Sports

The Gambia's qualification to its maiden Africa Cup of Nations has been rewarded with an upward improvement of five places in the latest FIFA...
Read more
- Advertisment -