Why we celebrate Labor Day and its significance 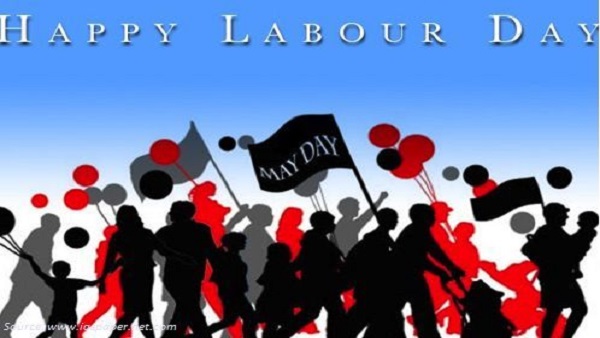 It is necessary to ask what activities are planned by Gambian Workers on May 1 and whether it is going to be another day of empty political rhetoric; travel to visit relatives and friends; mass sports, or whether it will be celebrated as a day of the workers and for the workers?
Fatoumatta: As Gambian workers join their compatriots the world over to celebrate May 1, their miserable daily existence and political betrayals over the past years are evident. Although the workers of this country have continued to create billion of Dalasi of wealth over the past two decades, the wage rate and standard of living of workers continues to deteriorate. The income distribution is shameful. The huge multinational corporations operating in the country are benefiting most from the wealth created.

The Gambian workers must know that this is their day, but most workers don’t know how it came about, why it came about and the significance it has for any working in the country.
I think the labor unions in the country should be taken to task for their failure to educate, sensitize workers and to organize May 1 rallies, demonstrations and testimonies of the many unfair labor practices still prevalent in the country.

May 1 therefore serves as a day for sober reflections on the plight of the Gambian workers. Today, it is extremely hard for the Gambian worker to put food on the table for his or her family. Stunting, wasting and underweight characterize the condition of the worker’s children. Fatoumatta: The Gambia is amongst the world leaders in child malnutrition. The Gambian worker is unable to afford children access to decent education and health services. The quality of public education that the worker’s child is subjected to is one of the worst in the world. The global comparisons are revealing as to how much havoc the senseless capitalist system has caused on the public education system. The worker’s child in country today gets inferior education compared to 30 years ago.

Fatoumatta: The Gambian workers’ housing situation is also catastrophic. Lack of social housing, high cost of construction materials, corruption in allocation of residential plots and the presence of a wealthy elite buying off land surrounding the urban areas are all worsening the situation.

In other words, the Gambian worker must commit to fighting a socio-political and economic system of capitalism that exploits and oppresses the working masses. It is a broader fight for a more humane and equitable society where the dignity of workers will be restored.
Workers cannot be liberated by anyone. They can only do it themselves. This is possible with the appropriate tools, organization and commitment. Gambian workers must fight for a society under which they become the true owners of the wealth of this country. They must break away the capitalist chains that continue to enslave them. The socialist principles of equity, honesty, humility and solidarity will guide them to victory. The time to fight back has come.