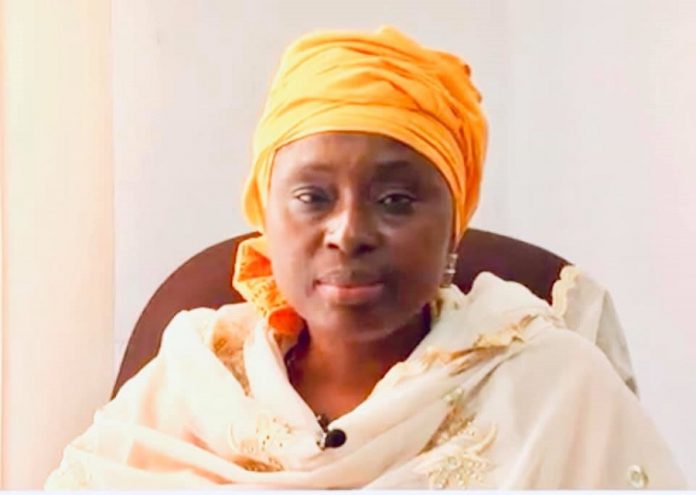 The Minister of Women, Children and Social Welfare, Mrs. Fatou Kinteh has described The Gambia Football Federation’s (GFF) one-day women football festival and symposium as a remarkable stride towards achieving President Barrow’s National Development Plan (NDP). She noted that the event is timely and said the project will go a long way in complementing the efforts of The Gambia government in its drive to achieve the aforesaid development plan.

Mrs. Kinteh, who was speaking as the chief patroness at the symposium held at the National Technical Training Center in Yundum on Tuesday said the role of women in national development is not only domestic chores because; “whatever a man can do, a woman can do.”

She applauded the young sportsmen and women representing the country at national and international competitions. She also urged parents and teachers to be involved and support young people in sports as it carries a greater benefit. The Minister further noted that although there can be a lot of challenges involved in the attainment of these objectives, with collective work and commitment of all stakeholders, we can make a difference.

“To ensure the participation of girls and women in sports, we need to enforce laws on discrimination and other challenges. Thus, I, therefore, encourage girls and women to take this project seriously for a great success in their lives,” she said, while thanking Ms. Monika Staab, the European Union and all partners for their support in making this day a success.

Speaking on behalf of the Minister of Youth and Sports, Mr. Marcel Mendy, the Executive Director of the National Sports Council explained that they are aware of the numerous efforts and commitments made by the GFF in nurturing talents of young people for a sustainable development.

“As a Ministry, we will continue to work with all stakeholders to promote youth and sports especially football. The best way to empower and support young people is to invest in sports, it is one thing they can earn a living and contribute to the development of the country,” he added, concluding that his Ministry will always open its doors for partnerships in youth matters.

The symposium featured discussions and presentations on various topics which include women football all over the world by Ms. Monika Staab; gender equality by Enya Braun and Lumana Kamshi of the European Union; women football in The Gambia by Sainey Sissohore, and active career by women football ambassador, Adama Jarju. The presentations were followed by a question and answer session.