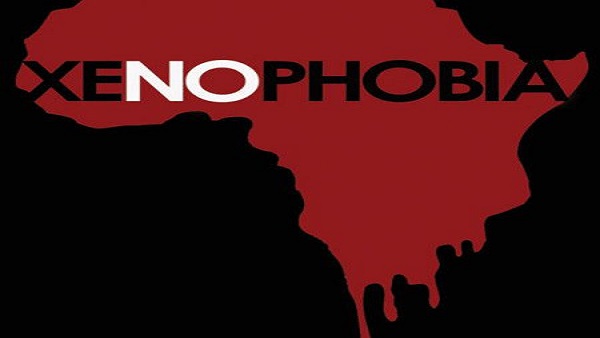 In the 2019 national elections in South Africa, all kinds of xenophobic statements are uttered by most political parties who see anti-immigrant, xenophobic and Afrophobic rhetoric as a way to attract votes.

Through blatant lies, othering and scaremongering, foreigners are blamed for many of South Africa’s woes and social ills.

All political parties are guilty.

In a society where violence against foreign nationals is pervasive and xenophobic sentiments are common, irresponsible leaders continue to manufacture an atmosphere of crisis.

Yet, according to the 2011 census, South Africa isn’t overwhelmed with immigrants, with some 2.2-million international migrants (about 4% of the population) in the country in 2011. Stats SA Community Survey 2016 puts the number of foreign born people at 1.6 million, out of the population of 55 million at the time.

While there are a number of methodological issues with the Stats SA Community Survey, it would not be surprising if this figure is correct, especially as the Department of Home Affairs has deported close to 400,000 foreign nationals since 2012.

South Africa is one of the?most unequal countries in the world. More than half of the population lives in poverty.

The inequality and hardships experienced by the majority of South Africans are rooted in the country’s colonial and apartheid racist legacy, as well as the post-1994 failures to transform the economy and society.

Yet, listening to many politicians one gets the impression it’s all the immigrants’ fault.

Both the ANC-led government and the Democratic Alliance want to build higher fences at the border to prevent foreigners from coming in and undermining South Africa’s socio-economic development and security. Politicians claim that foreigners are the main reason for high crime rates; immigrants are blamed for the hardships experienced by poor South Africans and for overrunning South Africa’s cities.

In 2017, South Africa’s deputy police minister claimed that the city of Johannesburg was taken over by foreigners, with 80% of the city controlled by them.

If this is not urgently stopped,?he added, the entire country “could be 80% dominated by foreign nationals and the future president of South Africa could be a foreign national.

” The mayor of Johannesburg often speaks about “our people” and “those people” (the foreigners) who make South Africa into a “lawless society.”

The Economic Freedom Fighters has questioned whether those born outside the country — even the people born abroad to South African parents — can ever be trusted or regarded as “proper South Africans.”

While speaking about their plans to run a coalition government on the national level if they get enough votes in 2019, the Democratic Alliance, COPE and the right-wing Freedom Front Plus promised to place foreigners in camps rather than letting them roam free in South African cities.

The African Basic Movement, a newly registered political party, has called for all foreigners to leave South Africa by the end of 2018.

The party claims that foreigners plan to take over the country in a few years and thus must be stopped by any means.

They also want to make it illegal for foreigners to marry South African citizens.

The Democratic Alliance is approaching the next year’s elections with a new nationalistic slogan “All South Africans First.” As an editorial in the Mail & Guardian recently pointed out, this slogan is “pandering to a sentiment among South Africans that others poor immigrants.” This is nothing but “an attempt to co-opt the nationalism [and anti-immigrant rhetoric] so in vogue in much of the rest of the world right now.”

None of this anti-immigrant rhetoric is based on evidence. The research shows that immigrants don’t steal jobs from South Africans and that foreigners are not responsible for high levels of crime.

The majority of foreign nationals also don’t receive any support from the government, such as social grants, and have to fend for themselves for survival.

But facts don’t seem to matter in South African politics.

Why would politicians choose to face the rightful anger millions of poor and hopeless South Africans when they can revert to anti-immigrant rhetoric and shift blame to those who have no voice, the people who make up between three to four percent of the population?

If, or rather when xenophobic violence explodes and immigrants are beaten, displaced, tortured, killed and/or burned alive, while their property and possessions are looted—as has happened many times in the past—the politicians will say this has nothing to do with xenophobia.

The politicians will take no responsibility for fueling xenophobic sentiment. Denialism will be the order of the day.