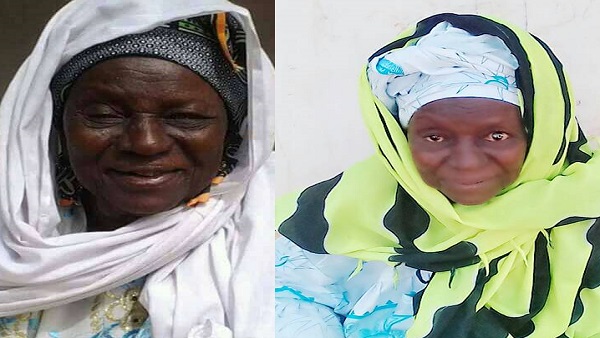 A little less than a century ago, a girl was born in a village called Bangaña in the central part of Senegal. Her father’s name was Gidho Jallow and her mother Penda Gibeh Jallow. The girl was named Gurowo (literally: the one who will live). Perhaps, this was because the earlier children of the parents hadn’t lived. It was – and still is – the practice in the Fula community that when parents lose children frequently, they name the succeeding one Gurowo as a good omen for him/her to live.

After a short while though, the family had to move to The Gambia. They thus founded a village called Sareh Bohoum, about two kilometres away from Ndungu Kebbeh in the Lower Niumi District. That village is still a vibrant farming community in that region.
This girl though, was somehow unfortunate in that her father died while she was still about three or four years old. She was therefore given to her father’s younger sibling Ñabou Jallow who brought her up and instilled some excellent qualities in her.
Haplessly, her aunt also died while Gurowo was still in her teens. She went back to her mother, Penda Gibeh Jallow in Sareh Bohoum. Her mother was a phenomenal woman (we will talk about her later.

Gurowo got married in her lat teens to a man called Pateh Bah. As was the norm in the Fula community at the time, they moved from village to village until they settled in Touba Angaleh, a few kilometres away from Fass Njaga Choi in the Lower Niumi District of the North Bank Region.
Gurowo bore her husband many children. Her husband was a strict disciplinarian who was known in the region as a no nonsense man. He had a short temper but was very principled and very generous.

Gurowo herself was not schooled – neither in the formal nor informal set up of Arabic or religious education. But she made a vow that none of her children will be an illiterate. She vowed that when people sit to discuss religion, her children would be among those to be asked and not among those who ask. Conventional school was not yet widespread at the time. She therefore took her children to study religion.

She had five sons and all were sent to study religion at various locations and different times according to their ages. All became knowledgeable in the teachings of Islam. Unfortunately, at this time, her husband also died at a very young age (comparatively).
Her brother, Bigi Jallow, had just taken over a village called Medina Mannen where she joined them in order to bring up her little ones near their uncle, a male presence. This village is also about three kilometres to the east of Fass Njaga Choi.
When the eldest of her male children came home from his studies (he had gone up to Ivory Coast, Libya, Morocco to pursue religious knowledge) he taught his sisters the basic tenets of Islam.

He, Alhaji Momodou Bah, is now the Imam of that village. He has become one of the most respected religious scholars in the Lower Niumi District and is sought after by many people who wish to know something about Islam.
Gurowo’s main trait was her generosity especially about food. She was always eager to feed whoever was in the house, the compound and the village. There is an anecdote about her. There was this son of her sister who used to say that if he were to find one million dalasis (become a millionaire) he would give different people in the family roles to play in its management. He said Gurowo’s role would be to ask people whether or not they had eaten so that she can serve them.

Let us go back a little to see the genesis of Gurowo’s generosity about food. Her mother Penda Gibeh Jallow was so reputed for her kindness that people in the village of Saader Jobe (further east of Fass who used to pass through Mannen to reach Fass) believed that if anyone passes through Mannen and is not invited to eat by this women, you would die.
A stubborn man heard this and decided to test it. He came to Mannen and sat under the big tree of the Bantaba to rest. As he was about to fall asleep, he felt a child touch his feet. He got up and the child said, “My grandma said that you should come and eat.”
He went and was treated to a bowl of milk and coos which he devoured in a jiffy. He then went home and told the people of Saaderr Jobe that he could confirm the myth about the food-serving-woman of Medina Mannen.

That woman, Penda Gibeh Jallow, gave birth to her ‘child’ in Gurowo. She became famous for that as well. She was always concerned whether everyone had eaten. There was food in her house all the time and all she did with it was give it to visitors who came along.
Again, as if it were a cycle, this Gurowo gave birth to her ‘children’. All of them, male and female, have the same trait of giving food. Her eldest son, Alhaji Momodou Bah, the Imam of Medina Mannen, is so generous that he can give away anything he has. I know of an instance when someone came to him to say that he needed rice because his family had not cooked in two days. Even though he didn’t have anything himself, he went and took a loan of a bag of rice and gave to this man.
As I said, all her children are highly educated either in conventional schooling or in religious knowledge. One of her sons Amadou Bah, is the current Ward Councillor for Lower Niumi District.

Gurowo’s eldest daughter, Yassin Bah, is so particular about whether people have eaten or not that a time came when her grandchildren would call her ‘the one who eats leftovers’. This is how that happened. If food is ready and she looks at it and feels that everyone cannot have their fill, she would say that she was OK. When the people eat and there is something left (which was all the time) she would eat.

When Yassin’s son bought a house in the Kombos and they moved there, the need arose for benches in the house. Her son bought two long benches and brought them to the house. One day, she heard a neighbor complain that they had nowhere to sit. She gave away both benches and reverted to sitting on a mat until the son bought her another!
Besides Gurowo’s generosity in terms of food, her other trait was peacefulness and being reconciliatory. In my forty or so years (actually thirty because the first ten shouldn’t be counted) I have never heard of a person with whom Gurowo quarrelled. I’ve never seen her angry and she was always smiling.

She had a pleasant demeanor and had the ability to make everyone feel that you’re her favorite. Her grandchildren, many as they are, all had the feeling that they were her favorite one. Thus, she was one who maintained peace among all.
On Tuesday, at around 2am, she breathed her last. She was laid to rest on Wednesday, 6the March 2019. She was eighty-seven years old. What a fulfilled life!
May Allah have mercy on her!!!

100 years of Communist Party of China