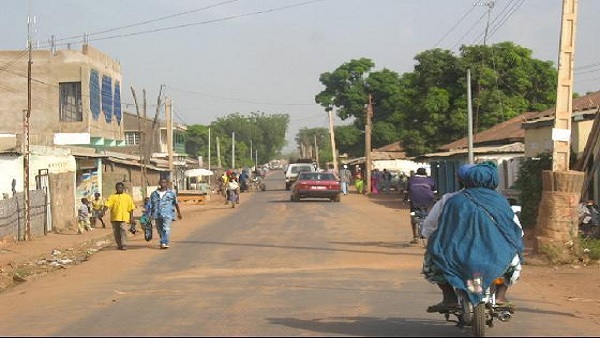 President Adama Barrow has unveiled an initiative to construct a dry port as part of his government’s plans to transform Basse into a major economic hub to revitalise regional trade.

Addressing large crowds of supporters in various areas of Basse as part of his nationwide tour, President Barrow said for the first time in the country Basse has and will benefit from a master plan project of $100 million in the construction of a dry port, to serve as a secondary to the Banjul port, bridges, roads, Gardens, electricity expansion.

The president, who comes from the area said Basse is the “second capital of The Gambia” but due to what he called long negligence by his predecessors, the region has lost its rightful position as an industrial centre.

Barrow continued to say that Basse is on the priority list of his government and the area will benefit from increased improvements and massive transformation be a destination for regional and international imports and exports.

He said this would help create thousands of jobs, create a boom in trade and add value to the resilient economic activity for the populace.

President Barrow added that amongst the numerous development projects for Basse will be an oil deport upon the realisation of the country’s oil exploration potentials.

He said his government would provide unprecedented development to the people of Basse that they never enjoyed under the Jawara and Jammeh regimes.

Amongst the projects he announced is the construction of 4 star hotel in Sotuma Sare, the foundation of which will be laid after the tour, according to the minister of tourism Hamat Bah.

The president also assured farmers in the area who highlighted difficulties in the untimely arrival of fertilizers that government would supply.

The president said he is not out for politics but rather in fulfilment of his constitutional mandate to dialogue with the people about his developments, stating that even if politics starts he will not campaign in Basse because they know him better than any part of the country and can judge him better.