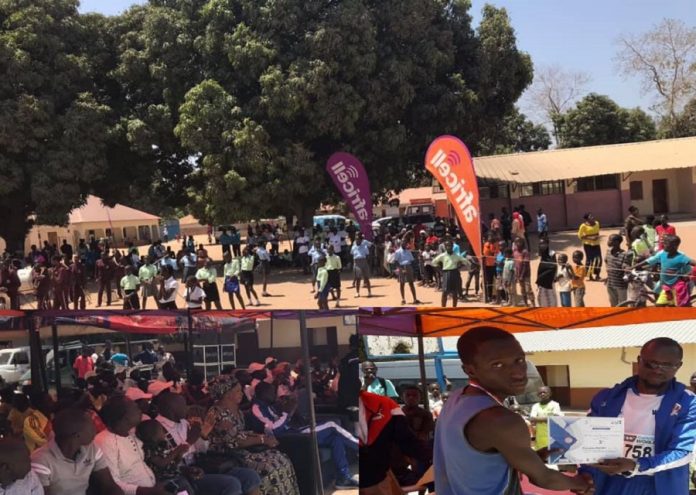 Christian Mendy led the podium winners in this year’s Brufut marathon taking the 21 KM half marathon on Saturday, as the organizers mark 25 years of history. This year the event partnered the TRRC and the April 10-11 Foundation, the victims Centre among others to remember the fallen students of the 2000 student demonstration.
More than dozen students were killed in that event, shot by soldiers.
The event took the form of a sensitization march, speeches, drama and the traditional road race and professional and amateur runners.

Various speakers from the organizers to the victims Centre, TRRC and others condemned the act by the soldiers and criticized the Jammeh regime for indemnifying the culprits. They called on the current regime to put this chapter to closure by a swift look into the plight of the victim’s families and the survivors.
Boubacar Sambou of the TRRC gave an introduction of the TRRC and its objectives and commended the organizers for the collaboration. Some 17 athletes were presented with medals, certificates and cash prizes as winners with the champion Christian Mendy winning D12, 000.

The athletes complained the cash prizes at Gambian marathons are too low compared to other countries.
The organizers said it has always been their intention to pay fabulous cash prizes but their aims are always constrained by the inadequate funds.