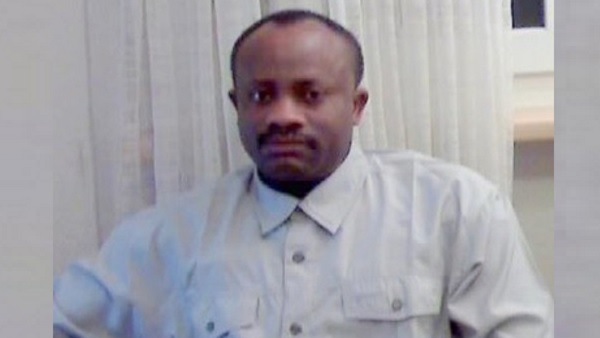 Retired Captain Alagie Kanteh, the fourth witness to appear before the Truth, Reconciliation and Reparations Commission yesterday revealed that the factors that led to the 1994 coup were rampant corruption, nepotism and none payment of allowances to veteran soldiers who went to the Liberia war as well as the presence of Nigerian soldiers.
These factors, he said compounded to instigate the disgruntled soldiers to stage a coup in 1994. He added however that there was contention among the soldiers as to the manner and the way to effect that change.
“We made clandestine meetings among ourselves after our return from Kudang for training to discuss the issue to see how we could solve the matter.”

Kanteh, who served as spokesman of AFPRC and later commissioner of NBR, listed the officers who were in to have included Edward Singhatey, Sadibou Hydara, Sana Sabally, Lieutenants Basirou Barrow and Kinteh. “Our discussion was to see how to get rid of the government at the time by any means necessary but at that stage there was no leader to head the group,” he said. Kanteh further disclosed that during the meeting it was proposed that all cabinet ministers and senior officers be executed by firing squad but this was strongly rejected by some and so the gang split into two. “I was in the group that was not in for executions but the whole idea of executions was instigated by Edward Singhatey,” Captain Kanteh said.

He said Yahya Jamameh was not initially even part of their discussions but was briefed by Edward Singhatey. He added that Sadibou and Kinteh were also not supporting the idea of executing the ministers.
Captain Kanteh stressed that he made his position very clear from the onset that he will not be part of a bloody coup, further explaining that when the authorities received a tip off about the coup, some officers were disarmed which he described as a ‘humiliation and disgrace’ to the whole army.
Mr Kanteh who spent 90 days in detention further testified that on the day of the coup, he crossed from Barra and went to the Marine Headquarters before he went to the State House where he met Jammeh, adding that Captain Kinteh and Barrow were not part of the coup.

Kanteh described as horrible the condition of his detention and those of his colleagues.
He described the testimony of Sheriff Gomez, the third witness to appear before the commission as ‘malicious’ as he never participated in any form of torture as claimed by Mr Gomez.

The perpetrators of torture he explained were Edward Singhatey and Peter Singhatey who used to drag and beat detainees mercilessly before they were taken for execution.
He continued: “While in detention, Captain Mamour Cham was dragged from his cell, beaten and disabled. The moment he was taken away by Edward Singhatey and other officers, we heard a gunshot and Edward Singhatey who had blood stains on his hands told us that Captain Cham is gone which they have proven to us and that was how execution started.”

Mr Kanteh went further to explain that while in detention, they were attacked by some council members which included Edward Singhatey, Sana Sabally, Yankuba Touray and others who inflicted torture on them by dragging and beating them.
“I was placed in a maximum security wing which is for detainees who are about to be executed and the only thing I could do was to keep hope alive. Even though I was not physically tortured, I underwent physiological torture due to the horrific condition of the prisons and diets,” Mr Kanteh noted.
Mr Kanteh who later went into exile after being released from detention also recalled that he was later accused of treason, which he said he never committed.
Sittings continue today.