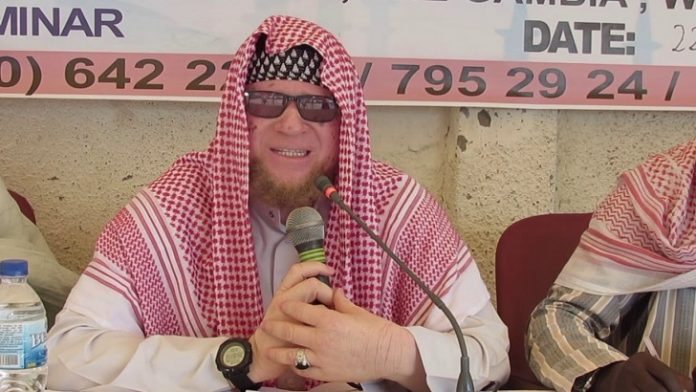 Chebbo Cham, a famous Islamic preacher who recently landed in trouble with a section of marabouts who accused him of insulting them on his radio shows, has reconciled with his ‘victims’.

The reconciliation came on Sunday presided over by West Coast Region deputy Governor Musa Suso at his residence in Sukuta.
Attended by a large group of followers of the marabouts, the meeting ended with Chebbo apologizing and calling his ‘offensive’ preaching as a slip of the tongue.
“I was referring to those marabouts and so-called fortune tellers who perform charms on people to end relations, destroy society or cast evil spells on people,’’ he said.

He said his message was misunderstood by the marabouts in general.
The Caliph of Brufut, Sheriff Pa Nano Hydara advised Chebbo to stop provoking people with his annoying form of preaching which he said are attacks on them. “We should leave one another in peace and continue on what we think is right,’’ Sheriff Nano said.
Alhagie Kawsu Cham, the Alkalo of Sukuta urged the two camps to give peace a chance. “Both of you have a large following, so you should not allow something of this nature again,’’ Alkalo Cham said.

The ceremony ended with both camps joining Deputy Governor Musa Suso to welcome a newly converted man from Christianity to Islam.
The man was named after the Sukuta Alkalo Kawsu Cham.
The ceremony was concluded with laughter and apologies to each other.