Coalition 2016 leaders and the three years 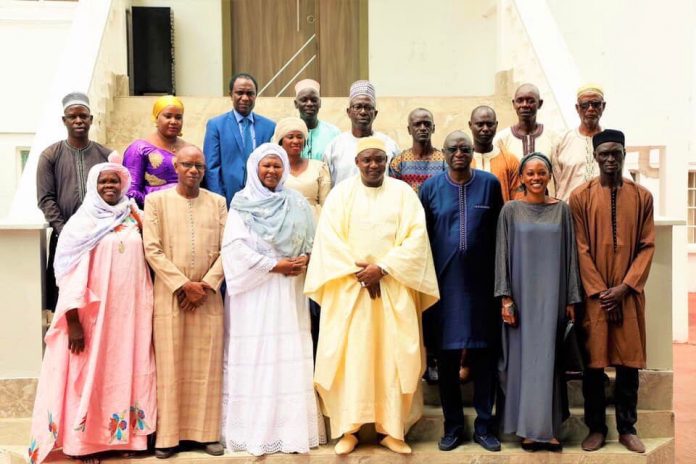 News reports last week revealed that some of the Coalition 2016 partners had met President Adama Barrow for a discussion.

The delegation was led to the State House by Madam Fatoumatta Jallow-Tambajang, Chairperson of the Coalition.

The meeting discussed mainly the issue of the mandate of President Adama Barrow vis-à-vis the three-year agreement in the MoU; and, ultimately decided to extend his stay in office to five years, the constitutional mandate.

It was revealed by Madam Jallow Tambajang in an interview with the press that the three year agreement in the MoU was signed but also included a reform programme which was to be completed within that time.

She said since that agenda is not completed, it is better he completes the five years.

However, there were conspicuous absentees in the meeting held at State House with President Adama Barrow.

The United Democratic Party (UDP) and the People’s Democratic Organisation for Independence and Socialism (PDOIS) were not represented at this meeting giving upswing to questions of the legitimacy of the decision reached there.

In fact, the United Democratic Party has said that they were neither informed nor invited to that meeting.

If the People’s Democratic Organisation for Independence and Socialism were also not informed or invited, and these are very key partners in the Coalition, then one can understand that the problem is yet to be resolved.

Considering that Mr Adama Barrow emanated from the United Democratic Party and that the PDOIS played a leading role in the formation of Coalition 2016, it is hard to fathom how a decision of the same Coalition, which does not include them, can carry any weight.

It was necessary that such a decision has wide acceptance and that it would be as inclusive as possible.

The decision to include a three year clause in the MoU was not reached by only two or three of the seven parties that came together to form Coalition 2016, it was generally agreed upon.

Therefore, any shift from what was agreed has also to be generally agreed by all the stakeholders.

On dangerous car racing in GBA: The problem is attitudinal, not qualification

In the midst of a raging pandemic that has overwhelmed our healthcare system, a recurrent ill has once again reared its ugly head. The...
Read more
Editor's Choice

What next when Covid-19 vaccine is found?

Amid talk of vaccine nationalism, news of countries hoarding Covid-19 medication, and vaccine hesitancy, many fail to see the potential good news. Currently, there are...
Read more
Editor's Choice

The announcement by the police to send Anti-Crime Unit boss Gorgi Mboob on administrative leave pending investigations into the allegations against him is in...
Read more
- Advertisment -