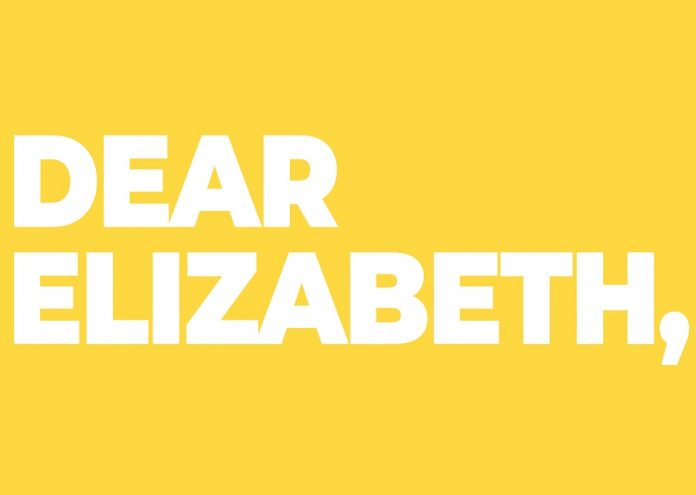 If you’re familiar with classic literature, then you’re definitely familiar with Dear Elizabeth; a spellbinding love story told in letters from two brilliant but damaged poets, Robert Lowell and Elizabeth Bishop. The literary ingenuity-published as Words in the Air-melted hearts round about the time Lehman Brothers succumbed to the Great Recession. The sublime piece was a window into the unfolding human and artistic drama of two of America’s most beloved and influential poets. Before you drool yet, just like most of you did over Anna, this isn’t your typical ripped bodice romance. The swashbuckler image of a hairy bare-chested man embracing a woman with heaving, corseted bosom. This is everything you didn’t imagine. There is no need to write about love. It is difficult to imagine something as beautiful as love to exist between two wicked species. Nothing beautiful comes from humans, at least not anymore. But, raking over the chequered history love, our generation is not even at fault for being acutely faulty. Finding a match is difficult and easy at the same time. Our tastes changed. Our preferences changed. Our concepts changed.

Everything about us has changed. We are no longer attracted to goodness, chastity, intelligence and piety. We are attracted to body and muscle. That is why we bring beautiful kids into this world who would go on to hold a Guinness record for stupidity. Sir Isaac Newton, we all know him. An influential scientist who revolutionised science. But what is strikingly sad is that Isaac lived for more than eight decades and still died a virgin. Imagine how many Newtons we would have if he had the desire to mate or, even more romantic, if one woman had the desire to spend time with a man who spent most of his life in his own thoughts.One of those kids would have become a scientist, and probably discovered something that would render us all immortal. But no, that would never happen, would it? Even his lectures were sparsely attended; frequently, no one showed up at all at a reputable university like Cambridge. But like I said in the beginning, love is the last thing I’d fret over right now much less fighting the love rights of a dead scientist.

Last night, while pondering over the toxicity and lies floating in The Gambia, I chanced upon a little story. It goes, thus: The TRUTH and the LIE met on a road one day. The LIE said to the TRUTH: “It’s a marvelous day today.” The TRUTH looked up to the sky and sighed, for the day was truly beautiful. The two walked together for a while until they reached a beautiful well.The LIE told the TRUTH: “The water in the well is very nice, let’s take a swim together.” The TRUTH, once again suspicious, tested the water and discovered that it indeed was very nice. Both then stripped and started bathing. Suddenly, the LIE jumped out of the well, put on the TRUTH’s clothes and ran off into a nearby village. The furious TRUTH leaped out of the well and ran after it to get the clothes back. The villagers however, seeing the naked TRUTH roaming their streets, were horrified and looked away with contempt and rage. The poor TRUTH, having failed to recover the clothes from the LIE, returned to the well, jumped back in and hid forever with shame. The story didactically ended that since then, the LIE travels the world, clothed as the TRUTH. And, having listened and watched Gambians for well over a decade, I have realised that the LIE has finally arrived here. The air is so polluted with lies that we are all somehow misled.

Gambians lie even about themselves to themselves. The country looks so false that it feels like an ancient settlement on a map. It is suffocating. More tragically, those who don’t lie are as gullible as the rest of the world. And as written in stone since time immemorial, the godless and the unprincipled are using gods and politics to manipulate the gullible. Keri Hilson was right.Anything that’s written, anything that’s posted, anything that is interpreted one way is taken as truth. Truth is no longer sacred here. Lie is believable. It is chosen. It is attractive. It is enriching. It is easy.It is truth-ly. And we wonder why we keep having poor harvests. I wish I were a scientist—not Sir Isaac Newton though. I would have dedicated my life to custom-build a nuclear bomb just for liars.
I have one more venting to do. It is actually the surreptitious crux. Regardless of the romantic misinterpretation of the title, it was not written to Elizabeth Bishop or Elizabeth Bennet of Pride and Prejudice. It is addressed to Elizabeth II. You got it right: a sneaky letter heading to Buckingham Palace for the Crown.

Your Highness,
I started primary school in 1998. I know, it was late. I was late. I had skipped the modern kindergarten system. No, I didn’t skip. There was no kindergarten in the whole district where I grew up. I was seven or thereabout. That’s usually the perfect age to teach kids how to play. I wasn’t taught how to play. I started learning right away, having been trained how to weed and sow. I’m not complaining. It helped shape my perception about life. It helped me appreciate, as well, just the chance to learn. I spent some years of my childhood in Guinea Bissau. You know, the small country that Portugal got when colonisers had Africa on the dinner table and strategically partitioned it among themselves like a birthday cake. That Guinea Bissau. I’m sure you remember now. Are you confused? I would, if I were you. Imagine, a guy who spent years in Guinea Bissau now writing to the monarch of UK when he could have easily channeled his colonial grievances to Getúlio Vargas oreven António Salazar.

You Highness,
When you allowed little Gambia to be independent 55 years ago, one of the few things proudly handed down to us was your language: English. You didn’t teach us football and you were good at it especially in the sixties when you first won the World Cup. We had just newly attained independence status. If football was part of the inheritance, we probably would have at the very least qualified to the Afcons by now.Sadly, all we are good at since is watching football and taking ownership of English teams. You didn’t teach us cricket like you did the Indians. You even taught South Africans cricket. Now, Sri Lanka, India, Pakistan, South Africa, all regularly produce masterclasses in the Cricket World Cup or even The Ashes Series. You didn’t teach us basketball. Well, you cannot play it yourselves because you’re usually short. So we understand that, no offense. You taught us to suit up, lace up and tie our neck. We religiously do that until now even in hot weather. We fear you would frown at us if we revert to our Gambian attire. The list is very short, Your Highness, but unarguably our most precious inheritance from you is the English Language. We all pretend to be surprised that a lot of us struggle to speak or write English well. The thing is our mistakes in the language are now filmed. We watch and keep them for posterity, TRRC is making sure of that. Only a little minority could speak English during the colonial days and boy they spoke it well and so ‘Britishly’. Now, that ‘little minority’ is a ‘big minority’ but boy we speak it so bad and so ‘unBritishly’. It is opposed. Proposed. Opposed. Proposed. Opposed. Purpose.

It is O-P-P-O-S-E-D. It is killing one bird with two stones. The ombudsman, it cames here. It is hand sensitiser. It is sermonses.If I continue, Your Majesty, you’d revoke our independence. FYI, your language is being murdered here and we are loving it. I guess it all goes back to what I said earlier: let’s find better matches for the sake of our children. That would stop us from bringing fufu heads into the world just because we were fetishly attracted to an irrelevance.
I sign off, Your Highness, on bended knees and a bowing head.