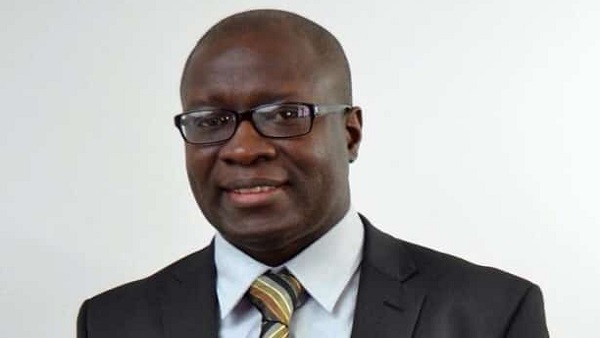 The Standard: You were born and raised in the sprawling coastal town of Gunjur, what were the circumstances of your childhood and social setup?
Dr Amadou Scattred Janneh: I had a very exciting childhood in Gunjur, even though conditions were tough for all during that period. There was no electricity available and I had to use candles and kerosene lamps to study. I was however fortunate to have had parents who valued education and encouraged me throughout. I was the oldest child and saw myself as a trailblazer for my siblings early on.

You went to the United States for studies in the South, which has a well-documented history for racism. What were your experiences and how does it compare with present trends in race relations?
Upon arrival in the United States, I initially attended predominantly black academic institutions and lived on campus. I had expected a high degree of integration between blacks and whites, but I realised that was not the case. Even churches, I found out, were decidedly established and run along racial lines. A key challenge for me was the struggle to be accepted by fellow black students. Some made fun of my accent, which for them meant one was less educated or less intelligent. The fact that I excelled academically and managed to participate fully in the community, eased those difficulties. Overtime, I made very good friends and I owe much of my success to my first experiences within the African-American community. For graduate school, I attended a predominantly white university that was far better resourced. I managed to adapt to life at the University of Tennessee and even became a leading student activist during my tenure there. I however discovered the vast disparities between predominantly white and predominantly black schools, especially in terms of funds and prestige within the community.

Outside of school, I experienced a few overt racist incidents. In one case, a group of whites coming from a party in Knoxville started yelling to our group of black students saying, “Nigger go back to Africa!” I recall we responded with, “Honkey we’re here to stay!” I believe race relations continue to be a major problem in the United States today as African-Americans remain relegated to the backburner, coupled with police violence targeting mostly black men.

You returned to The Gambia and worked for the US Embassy before going on to serve President Jammeh.Many wonder why you would serve a tyrant known for killing adversaries.What motivated you to toil and moil in the interest of a corrupt and murderous dictator?
I served the country and not Yahya Jammeh. I joined the government purposely to effect some changes particularly as it related to freedom of expression (speech and the press). I am certain I did make a positive impact during my short stint as minister.

The US Embassy in leaked messages sent to Washington reported Jammeh displayed “intelligence” and seemed “well-informed”.How would you describe him?
There’s an element of truth to that. Jammeh was definitely ruthless and calculating but no one ever thought he was dumb. Without a degree of intelligence, he would not have managed to divide Gambians so effectively and remained at the helm for more than 22 years.

It was during your time in office as Information minister that renown Gambian journalist Deyda Hydara was killed allegedly on the orders of Jammeh. What are your recollections of this day and what did you do to ensure accountability?
I had a good relationship with the media fraternity during my tenure as minister, and worked discreetly and closely with many media practitioners to try to effect positive change. In fact, Mr Hydara’s last column underscored this point, even though he asked for my resignation given Jammeh’s attempts to undermine my achievements. On the issue of accountability, it’s worthy to note that the role of the minister of communications didn’t include bringing culprits to justice

After your removal as minister under Jammeh, you went into business and later got arrested for treason and sentenced to life. What motivated you to risk it all in an effort that was not guaranteed of success?
Repression became pervasive, and Jammeh spared no group. Disappearances, illegal detentions, summary executions, corruption, and wasteful spending seemed to be the norm. Under those circumstances, I felt I had no other option but to stand up against injustice despite the attendant risks.

You were in prison when some death row inmates were executed including Lamin Darboe.Can you recount the events of this day and did you fear for your life?
Dictator Jammeh announced his intention to execute every prisoner on death row in August 2011. With the help of fellow prisoners, I compiled a list of the 48 people affected and provided this to the wider community through Ndey Tapha Sosseh who was in exile at the time. On August 23, Jammeh’s agents rounded up 9 inmates and took them away. We later learnt that the eight men and a woman were executed. The selection seemed very random. A woman, a convict serving life, a mentally ill prisoner, and at least one prisoner who had not exhausted his legal options were among those executed. After a great deal of international pressure, Jammeh halted the executions.

Jammeh lost power in elections in 2016 after meeting his match in a coalition of political parties.The initial euphoria has since been met with disillusion and you joined UDP.Why UDP?
I looked at the UDP’s policy positions and the character of its leadership and figured I should join the party to continue the struggle to create a new and much better Gambia.

Many suggest that the UDP old guard should give way to a younger generation.Matter of fact,some contend UDP leader Ousainu Darboe is imperiling his party’s chances in 2021 by not giving chance to a younger candidate young people can easily identify with.Do you agree with this assessment? If not,why?
I have been a member of the UDP for over a year now. Mr Darboe is an exemplary leader, never mind what detractors and some critics say. I find it amusing that members of other parties could be much more concerned about replacing Darboe as party leader than the UDP membership. He continues to steer the party in the right direction with an emphasis on progressive policies as well as values of inclusiveness and tolerance.

Any last words?
Even though I have no faith in the current government’s ability and willingness to steer this country forward, I am convinced that Gambians will once again redirect the ship of state on our journey towards sustainable development.

With Aisha Jallow In my mind, I can see you hiding under your bed, keeping the dust and some dead bugs company. You believe that...
Read more
Bantaba

Where is your dignity?

Recently I read an article where the leader of UDP, Ousainu Darboe, stressed that the insulting of President Barrow's parents has to end. Really?...
Read more
Bantaba

Another case of FGM!

By Aisha Jallow Kudos to the brave father who went to report the abuse of his two year old daughter! For once someone followed his...
Read more
- Advertisment -