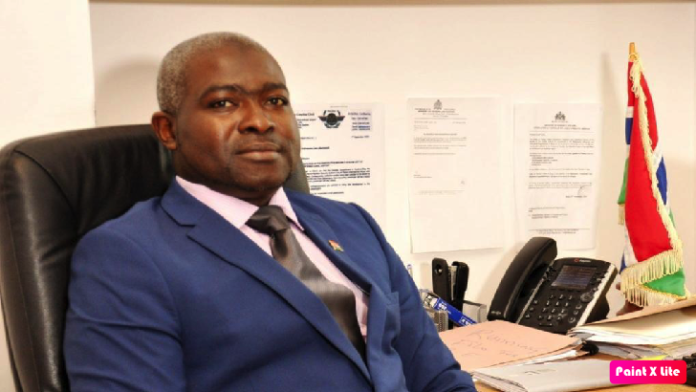 Touray said the government’s construction projects across the country are increasingly bridging development gaps between rural and urban Gambia.

“The completion of the Laminkoto-Passimas road has opened up access to several key settlements in rural Gambia. It has demonstrated that President Barrow is committed to the fulfilment of his campaign promises. This shows that he cares about the fundamental human rights of his people,” Touray told The Standard.

He said “road networks are part of fundamental human rights aspiration. Fulling human rights by any responsible government is not merely limited to respecting the fundamental rights and opinions of citizens, but also bringing development endeavours to those in the remotest parts of the country.”

He said roads in Wuli, Sandu, Nianija, Niani, Sami, Kiang, Niumi, Hakalang and Niamina have hindered development in those areas and resulted in massive rural-urban migration.

The Barrow administration has for the past years constructed or about to construct over 600 kilometres of roads throughout the country. This includes roads and bridges in Banjul, Laminkoto-Passimas, Basse-Fatoto, Basse-Yorobawol bridge, Sukutukonding – Mbyekunda, Bansang-Niani, Hakalang, Sukuta Nema, Kiang West, Brufut among others.

“Once all these major undertakings are completed, economic activity will be boosted and jobs will be created on a massive scale. This is a serious investment and worthwhile for that matter. Sustainable development is dependent on good accessible roads, stable electricity and water supply and other vital amenities necessary to enhance human habitation,” he resolved.

He said despite the uncertainty the Barrow administration inherited, their performance is astoundingly remarkable ranging from stabilising the dalasi, good foreign relations, enhancing agricultural support mechanism to farmers, information availability to robust stance against Covid-19.

“These achievements come with attendant unpalatable views and sometimes seeming threats from critics due to lack of understanding of a democratic culture,” he said.

Turning to his fellow diplomat, the outgoing EU Ambassador to The Gambia, Attila Lagos, Touray said the diplomat is a good friend of The Gambia.

“Lajos played a very pivotal role in building a strong EU/Gambia relationship and sometimes due to his love for the country, he gets too personally into our internal political rancour,” he said.

He commended the Cabinet and the National Assembly for supporting Barrow in his development agenda.

“I call on all public servants to continue committing their expertise, experience and time to building this country. The president is one person; he cannot do it alone. It is only when we are together that we can build this country. Let us unite under the spirit of one Gambia and put aside our ethnic and partisan considerations,” Touray added