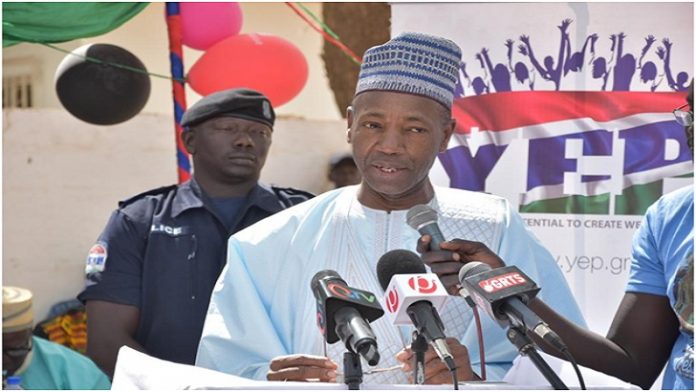 Eco-tourism camps could offer escape from social media banter and the raucous urban life, according to Tourism minister Hamat Bah.

Describing Sindola camp in Kanilai as a home-away-from-home, Abca’s Creek Lodge in Kassange in Foni as atmospheric and ideal for a family get-away, Makasutu Cultural Forest in Kembujeh as suitable for a weekend escape and Tumani Tenda camp as a location of beautiful scenery, tourism minister Hamat Bah has indicated government’s determination in creating the necessary conditions to encourage Gambians go on tourism expeditions in their own country.

“Gambians are stressed with too much social media[banter] and they can use this place to escape from the pressures,” the tourism minister said of Makasutu as he continued his tour of current and potential tourist attractions across the country.

Whilst urging eco-camp owners and managers to always ensure standards do not drop, minister Bah said government has adopted a policy of reviewing the price regime in the hospitality sector in order to allow for ‘fair prices.’

Expressing gratitude to the government for its Covid-19 rescue intervention, some of the managers and owners of the toured camps committed to taking the country’s hospitality industry to notches up but appealed for more support from the government.

Meanwhile, the tourism minister accompanied, inter alia, by senior officials of his ministry, NCAC, GTBoard and GTHI, earlier visited Fatoto Bungba camp and the construction site of Sotuma Sare eco-camp in URR which when completed, the minister said, will bring about far-reaching benefits for the locals in terms of employment, skills development and other aspects of growth.

He added that the Sotuma Sare camp, an outcome of an austere Covid-19 financial measure by the government, will also boast of a wrestling arena as government intends to build seven arenas across the country.

At Fatoto hunting camp, the tourism minister did not mince his words when he stressed that foreign domination of hunting camps must cease.

“We are going to change the employment style in camps. We want to give priority to Gambians. We think the expatriate quota has to be looked at. This foreign domination of all the camps must be stopped,” Bah underscored.

“They have to employ Gambians. 99% of the staff have to be Gambians or we change the expatriate quota. We will change the policy. We have to protect Gambians. Our citizens have the right to jobs.”

The tourism minister and the delegation left Fatoto Bungba for the lush River Gambia National Park in Sambele Kunda. Established in 1979, the park on the bank of River Gambia is the only chimpanzee sanctuary in the country.

One of the custodians of the chimp islands of three, Rene Bonange, told the ministerial delegation that the chimp rehabilitation park started with eight apes but it today boasts of 127.

“I think it’s good trying to preserve our wildlife,” tourism minister Bah said as he spoke of plans to reinvigorate the country’s fauna to attract more sight-seeing tourists.

He also visited Sambele Kunda’s Horse and Donkey Rehabilitation Centre where he warned against people going round buying donkeys for reasons best known to them.

See our subsequent publications for more on the ministerial tour.