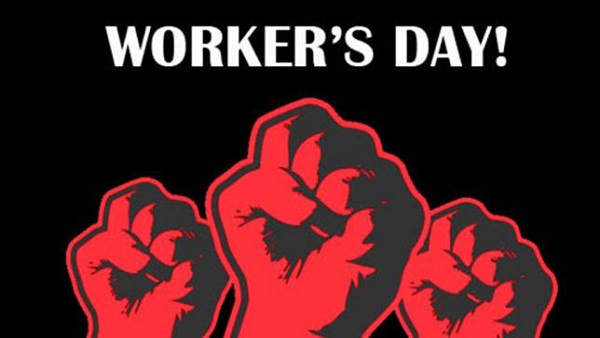 May 1 remains a day of particular significance since it was the first time in history when 200,000 workers organised a nationwide strike in the United States in 1886 demanding an eight hour work day. Workers around the world have to thank them for this and many of the other rights that we now take for granted. the right to minimum wage, safe working environment, leisure time, and the right to organise as a collective to demand to be treated with dignity. While most of these have been achieved in the more advanced economies of the world, iour workers’ hopes to those very rights remain unrealised.

Unfortunately, workers in the biggest segment of our economy, are still struggling for the right to unionise so that they may press home their right to work in a safe environment free of harassment and unlawful termination, and the right to due wage and festival bonuses. Until we learn to respect workers as human beings who toil in our factories and our homes, there can be no meaningful change. We are a nation of laws and we have ratified conventions internationally, yet we remain averse to giving workers the rights that are theirs by law. The observation of May Day carries little meaning if we cannot make workers’ rights a priority in the national context.