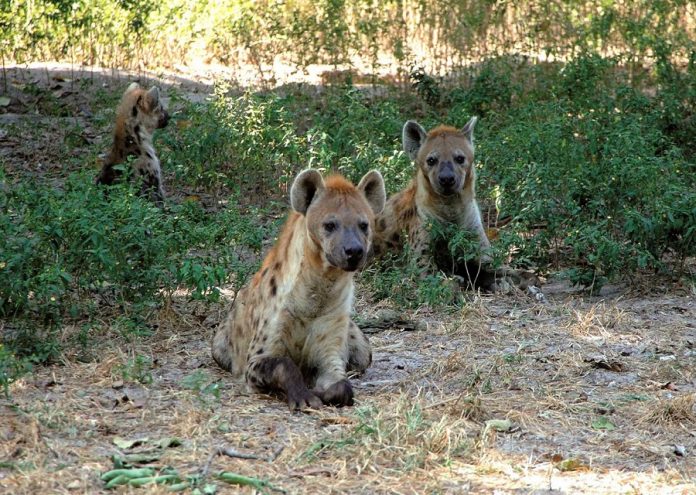 One of the two hyenas that escaped from the Abuko Nature Reserve Thursday was recaptured within 48 hours and returned safely to the park after a thorough search covering the bush around Faji Kunda, Tabokoto and Tallinding.
The director of parks and wildlife, Momodou L Kassama confirmed that the two hyenas escaped from the park at around 2am Thursday, when a fight broke out among hyenas kept at the same location.

“The escaped vulnerable hyenas chewed through the rusted wire fence and managed to escape in order to gain freedom,” the wildlife director said.
According to him, one of the escaped hyenas unfortunately died from beatings by some boys in Tabokoto who chased and seriously beat it in the mangroves within Abuko, Faji Kunda and Tallinding before the arrival of response team led by himself.

The director said he and the team spent the whole of Friday night in the mangroves and even attempted a fore shot to create panic for the escaped hyena before it was sighted by around 5am and safely returned to the park.

News of the escape of the two hyenas sparked fear within the communities of Tabokoto, Faji Kunda, Abuko and Tallinding who feared they may be exposed to attack by the wild beasts.

However, director Kassama said hyenas have always had interface with the people and their escape had posed no huge threat to the public.
“Cannibalism is an occurring practice in the hyena family where survival of the fittest matters at most times and as those that felt vulnerable would often seek freedom else where. It is just that they don’t have a good reputation but hyenas rarely attack people and they do not pose threat to the public. But what is important in this specific case is now the situation is under control and there is no cause for alarm,” Kassama added.