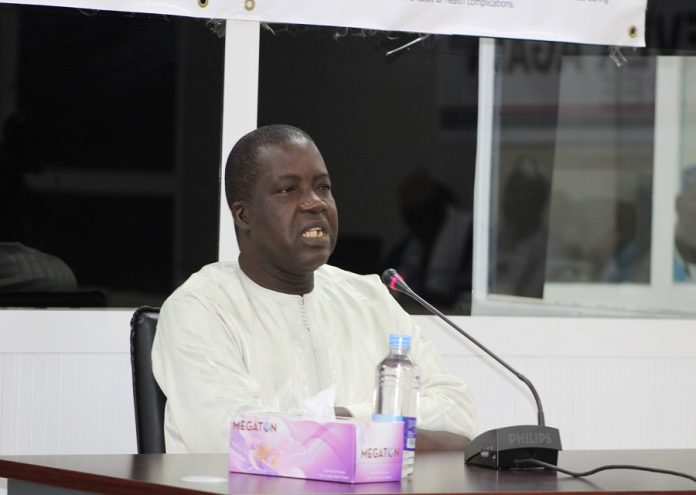 Demba Njie, a former chief of staff of the AFPRC junta, yesterday made some straight-talking at the TRRC, complaining about the failure of the authorities to take meaningful steps to redress the wrongs of the Jammeh regime.

Njie criticised the continuous recycling of persons alleged to have committed serious human rights violations into the new system whiles majority of victims are still denied potential redress as they await justice.

“I am appealing to this commission for justice. If we want justice let justice be done because what I observe in this process is worse than the Animal Farm of George Orwell,” Njie said.

He alleged that the country’s transition to justice from the Jammeh era style remains to be seen since perpetrators of “coups, tortures and killings are in the system enjoying while those who did nothing are suffering.

“Like many others I have never offended nor did anything wrong but those who did all the wrongs in the past are today celebrated and recalled.

Even coup plotters were recalled and considered national heroes while others who were unlawfully fired by Jammeh are still not recalled,” Njie who served as State House chief protocol from 1997-2001 told the commission.

He warned that the effects of such behavior would run contrary to the spirit of the #NeverAgain campaign.

“Some came before this commission and confirmed participation and defended their acts without remorse. Are we encouraging coups?” he asked.

He said the scale of ongoing hardships on him and many other victims of wrongful terminations who are denied potential redresses are huge that some have turned into civilised beggars in the streets.

He also took a swipe at persons he described as key enablers of dictatorship still handling key positions in the security sector, arguing that the ongoing security sector reform should start from the officers themselves.

He called on soldiers to cease to be somebody’s officers and look at the country’s national interest.

“Let us not be used by the politicians for their own gains. For 22 years we have been living in a state of emergency with all allegiance to one man alone,” he reminded soldiers.