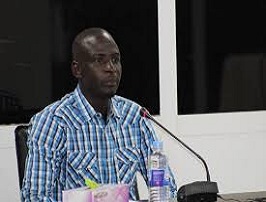 Sainey Senghore, who survived a gun shot wound when Gambia security forces shot 14 students dead in April 2000, yesterday narrated the traumatic experience he and his colleagues had gone through.

Senghore told the Commission he was 17 years old at the time of the incident.
“On this particular day, we (students) received information that a girl student was raped and a school boy beaten to death all by the paramilitary which triggered a student demonstration in the country.

“I took it as a need to stand up for my late colleague and be part of the student demonstrators. As we were on the march, the security officers fired live bullets at us and as I was trying to escape, a bullet hit me on my right leg,” Senghore told the TRRC.

He further testified that his life changed for the worse since then. He said his brother too, one Alieu Senghore was shot in the neck and has since been confined to a wheelchair. He recounted a trip to Cairo, Egypt where he was taken for operations with another victim Assan Suwareh, who was shot in the stomach.

“In fact Assan was taken for a dead person and was transported with dead bodies to the Accident and Emergency Unit only for them to realize he was still alive,” Senghore recalled.

He narrated with sadness that the Jammeh regime did not even settle the entire medical bill, adding that it was Gambians in America who completed the bills.

He added that none of their family members was given access to see them while they were in Egypt and they spent the entire time there attended by complete strangers mainly Egyptian doctors who however took very good care of them .

He accused Jammeh’s government of causing them permanent distress and abandoning them in Egypt.

“Even our return flight was paid by a good friend and sympathizers in the Diaspora.”
Mr. Senghore further narrated that the Jammeh government was hiding their conditions and situations from international organizations because their medical reports from Egypt were seized by the government.