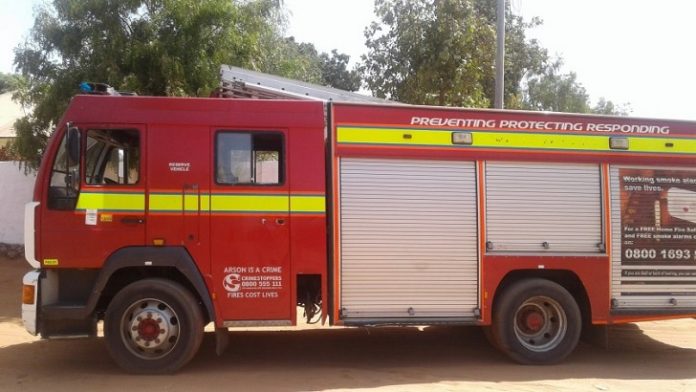 As the country’s Covid-19 count picks, some firefighters are pointing accusing fingers at their superiors for allegedly putting them at risk by not strictly observing social-distancing rules when deploying them.

According to some concerned firemen who would not like to be named, the leadership of the fire and rescue services is not doing much to protect fire fighters who are jammed together with no safety precautions on the ground.
They alleged that at the beginning of the pandemic, the leadership devised measures to divide firefighters into groups by working on a shift basis but the “measures were abruptly negated” when Ramadan began.

“Only management and senior officers can conveniently observe social distancing but go to any fire station in the country and you will realise that they are not taking us seriously when it comes to this Covid-19 prevention. The requirement for people to stay from each other is not adhered to and there are no protective gears and they will put 20 officers on one duty station,” one anonymous fire officer decried.

Another officer said he could not understand when other institutions have reduced number of workers but the Gambia Fire Service never did anything like that.
“We want them to understand that this virus can quickly flare up if rules are not followed and we do not want to be a means of spreading the virus to our families, friends and people we interact with.”

The Standard contacted the public relations officer of the Gambia Fire and Rescue Services, Pateh Gibba who dismissed the allegations as false.
“In fact, it is the officers themselves who are violating these measures as they will sit in groups to drink attaya and also drink from the same cups. They are all responsible adults and a good number of them did not even believe in the existence of the virus. We can only put in place measures but cannot force them to adhere,” Gibba said.

According to him since the outbreak of the disease, the management has employed several “safety and health measures” to protect the officers including avoidance of public transport and decongesting buses carrying officers to and from work.