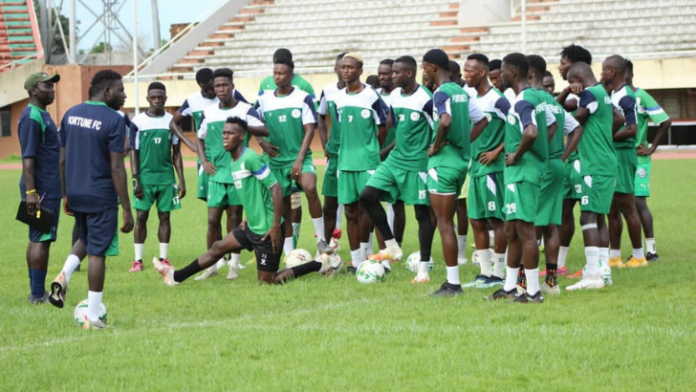 Champions Fortune FC are leaving nothing to chances in their preparations for Saturday’s first leg of their champions league tie against Algerian giants Es Setif. The Farato based team has blended the old and young, recalled some from retirement to parade a star-studded side to mark their debut in continental football under the guidance of Coach Jane Joof.  The club announced the return of the dazzling Ensa Keita, a tricky young star who has been sidelined for a month through injury at a time his form reached roof top. Keita is one of the Gambia Football Players Association young player of the season award nominee.

The club is also mounting a huge awareness campaign on social media with a daily  countdown on its preparations towards Saturday’s event at the Stadium. Fortune FC vowed to continue its tantalizing story of   an improbable entity turning into national champions dreaming to reach wonder land in Africa.

As part of its preparations the club has called a press conference today Wednesday at the Independence Stadium (Board room) at midday.

Meanwhile, The Standard has learnt that the Algerian champions are due in Banjul on Thursday.