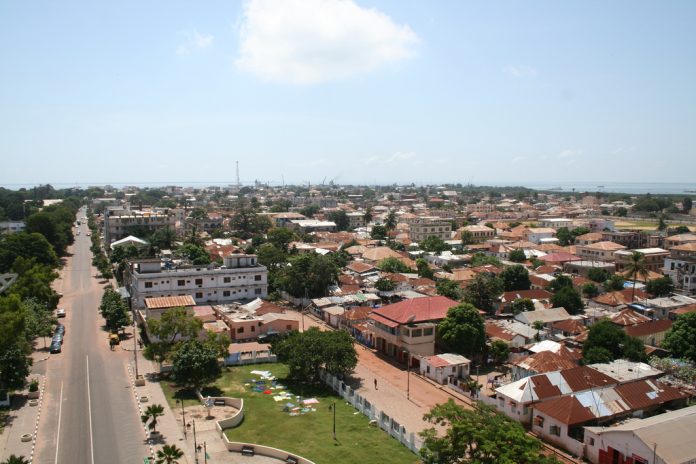 Let me hasten to foreground this write up by first saying to the mayor of Banjul, who is a good sister, and in fact a relation with links to Basse, and by default, I say to the Banjul City Council that I do not by any chance imply anything that diminishes the importance of the great city of Banjul. Banjul ranks notable right along with all post-colonial capital cities in the world. Banjul, therefore, will remain to be a celebrated city for Gambians with special fun memories of the city. The close-net bonding of the key families of Banjul is straight out of the book of peaceful cohabitation. The harmony enjoyed by the citizens of Banjul of yesteryears was one to remember with nostalgia. Everyone was a brother’s keeper in the Banjul of yesterdays. Banjul will forever occupy a very important place in the annals of history of The Gambia, and certainly in the hearts of those who hailed from Banjul.

Many of us who became of age, and completed our secondary education in Banjul back in the height of the city’s glorious days of the early ’60s, ’70s, ’80s, and even the ’90s (except for the briefness of the 90s, due to the infamous and criminal act; a coup by a group of bandits with half-baked idiosyncrasies like kids who were not even weaned from the pacifier, and had no knowledge of the differences between the right hand and the left hand. These people did not even have a post-coup plan but for dependence on General Mamat Cham, a fine and disciplined soldier and a gentleman. That is a story for another day), Banjul will remain dear to our hearts.

I unreservedly endorse all development efforts in The Gambia. Moreover, I applaud all efforts by the able, diligent, tireless and hard-working mayor, Lowe. I applaud Mayor Lowe along with the city council in collaboration with the central government for development efforts to bring the city of Banjul, to the bare minimum at par with some of the world’s most livable cities in terms of amenities, commerce, services, communication, roads, sewage, and other infrastructural considerations. This notwithstanding, I believe the time has come for The Gambia to think of investing in a New Green City, or a purposeful New Administrative City and Banjul remains a port city, and primarily for commerce.

We do not have much to be thankful for when Banjul was handed down on the eve of independence in 1965. Banjul, then known as Bathurst was neglected by the colonial master because the colonialist and their collaborator mercantile community refrained from further developing Banjul (The Gambia by default) because the return on investment from an initial investment of the colonialist, was significantly low. Notwithstanding, The Gambia was a strategic possession of the colonial master, the poor return on investment was reason enough to discourage further investment in Banjul. The independent Gambia had nothing to show for a capital city on the eve of independence other than a sparsely developed city that was just enough to serve the colonialist’s need for the colony, an administrative nerve center of the colony, and the protectorates (the provinces).

Banjul, therefore, is limited by history and had long reached a cul-de-sac of development. In a nutshell, this has been Banjul’s fate relative to development. To change this painful historic development and economic blow to a city, I propose a new capital city for the Gambia, for the following “10 point” reasons:
1) By its sheer size, Banjul does not allow for any further expansion in land reclamation for habitation (The expansion trajectory is not in line with a 35,000 population, and country population growth rate of approximately 3 %).
2) Heavy traffic flow in Banjul is further exacerbated by increased vehicle traffic (This will increase as statistics provided on the import of cars 2017 for The Gambia, ranking 159 in the world at $28.2 million cost for car imports, this is 0.004% of world total; the numbers to rise in future).

3) The streets in the Banjul business district are near impossible for motorists to maneuver during business hours in the city. Buckle Street, Wellington Street, Picton Street, Cameron Street, and spanning across the business district are streets daily clogged with cars parked helter-skelter. Buckle Street and the market front street have become a nightmare to drive through (Cars are parked smack right on the road by Trust Bank and Social Security through to MoBSE). There is barely any parking enforcement in the city.
4) The city lacks means for commercial parking facilities (This could be a business opportunity and job creation venture but for lack of space in the city).
5) Market space for business vendors is not at par with the expansion and demand projections for space for new micro business startups.

6) Banjul has never really had a community park for recreational purposes (Banjul is near treeless status for a capital city; one of the most ungreen cities in the region).
7) McCarthy Square (later named July 22nd) is narrow and has outlived its purpose, but remains useful for minor national functions.
8) Banjul is densely populated, exerting increased pressure on sewage systems and other city services, and demand for housing remains unmet in the city.
9) Increased pollution from increased traffic (especially from large tonnage vehicles causing road damage and increased emission of toxic fumes) is unbearable and adds to diminishing quality of life in the city
10) The city for the past two decades is the most mosquito-infested dwelling in The Gambia.

To solve these problems, we do not have to reinvent the wheel. We have models to adopt or adapt from next door in Senegal, or review the source of Senegal’s model; the Malaysia model of Putrajaya. With our more pressing challenges of current development focus, the suggestion here is for a long-term development consideration. Development, however, begins with ideas. This is an idea I wish to float for discussion in the development arena, and policy-making quarters of our country. This may not be a pressing priority but it is an idea whose time has come. If The Gambia is going to accommodate the needs of her growing population, if Gambia is interested in increased participation in the world economy, if Gambia is to be taken for serious by the world for her development minds, if The Gambia is interested in creating job and business opportunities for her citizens, if The Gambia is to be known as an enduringly good tourist destination, and if The Gambia is to be an environmentally friendly destination and living space, we must begin to think and plan our cities with futuristic thinking and design. We must plan and design our cities with futuristic models that allow for progressive growth and expansion of infrastructure. We no longer need stop-gap measures but enduring problem-solving measures.

Senegal’s visionary developmental investment policy materialised in the form of “Diamniadio” to name a few. This new city was conceived and developed with Senegal taking cues from Malaysia. This example from Malaysia is underpinned by strategic plans for national development. In making considerations for her national strategic development plan, Senegal reviewed and adapted several strategic points found in the Malaysia model which led to developing the new administrative centre of Diamniadio. Loosely modeled after Putrajaya of Malaysia, Diamniadio, like Putrajaya, was initially conceived as a solution to reduce congestion in the nation’s capital, Dakar. This model allowed Malaysia to move the federal administrative center from Kuala Lumpur to Putrajaya. Senegal has learned from this model which will allow for the relocation of all ministries as well as agencies under the United Nations to Diamniadio. Dakar will eventually become less congested just as in Kuala Lumpur. The other peripheral gains of the new city are numerous including socio-economic, improved health benefit, and a less congested city.

A new city allows for many other benefits in creating a free hand, that is an adaptable futuristic city. Plans and designs will be based on future projections in alignment with modern designs for sustainable living. This will allow for progressive adaptability of the infrastructure, services, and amenities as cities grow with the times and rising demands. This will lead to “timeless” and “ageless” cities of the types we most admired around the world. Creating a new city requires a paradigm shift in national development consideration. Most importantly new cities will and must integrate environmental sustainability aspects as the world embraces a growing shift in the protection of our environment and the sustainability of our economies working in tandem. While I only mention Kigali in passing, I wish to show that it is a development model The Gambia may borrow one or two ideas from.

We cannot allow the excuse of our status as a poor country to prevent us from desiring and planning for ways to achieve good functional cities in our country, most importantly, a capital city. If Senegal can do it, Gambia can too. Need I mention Nigeria with Abuja? The idea and time for a new city for The Gambia has come for a debate. America’s Wright Brothers began with an idea of a flying machine and today the aviation industry is at the heart of the world’s economy. I leave you with this quote: “Success is not final, failure is not fatal: it is the courage to continue that counts.” ? Winston Churchill

The author, Morro Krubally works at the UTG and is CEO of MaXXis Consulting.