GFF, GOV’T WORKING ON A CHARTER FLIGHT FOR SCORPIONS 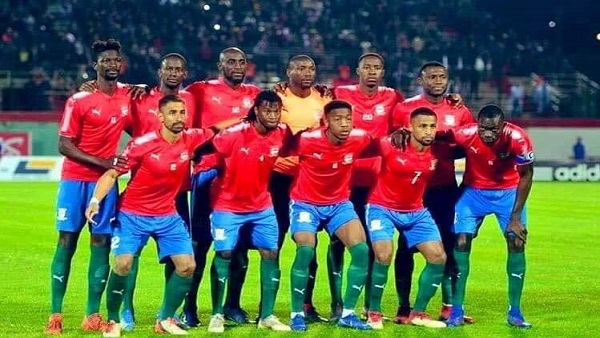 The Gambia government and the Gambia Football Federation (GFF) are currently working on hiring a plane to transport the national team for the final two fixtures of the CAN qualifiers, in Banjul against Angola and Kinshasa against DR Congo.

An official of the GFF said the logistics would require a special flight that will pick the players from some city in Europe, bring them to Banjul to play Angola on March 25 and then fly straight to Congo for the final match three days later.” It will be similar to the arrangement done in the last fixtures against Gabon,” said Ebou Faye, second vice president.

Meanwhile, the GFF Events Management Committee has confirmed the match against Angola will be played behind closed doors as directed by Caf, meaning there will be no spectators.

“Again, we will try to explore the possibility for Caf to allow the match to be aired by our national TV GRTS. Principally, our mandate is to oversee a well organised event in accordance with local and international protocols,” said EMC chairman Willy Abraham.

The fixtures will make or break The Gambia’s hopes of making it to the African nations Cup finals for the first time. The team, which leads by a goal difference from a shared 7 points with Gabon, must beat Angola in Banjul on March 25 to stand a chance to secure at least second place in the group from any results in Kinshasa.

The two fixtures are perhaps the most important project in Gambian football, given that the country which heads the group has every reason to believe and dream to qualify for the CAN.

By Tijan Masaneh Ceesay   The Gambia qualified to her first Nations Cup tournament and yes, the praises and gratitude to many who paved the...
Read more
Sports

The Gambia's qualification to its maiden Africa Cup of Nations has been rewarded with an upward improvement of five places in the latest FIFA...
Read more
- Advertisment -