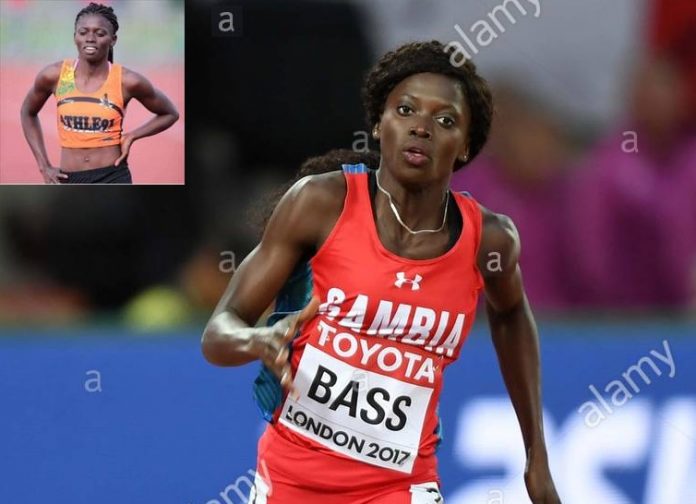 Gambian sprint sensation Gina Bass returns to the track Saturday at the IAAF World Championship in Doha, seeking to secure a podium finish in both the 100 and 200meters.

Already champion in the 200meters in Africa, Gina will appear in the heats on Saturday and she is hopeful of another success on the international stage.

“We have arrived in Qatar and at the moment we are training to get used to the weather and the system”, she told Better Future Productions.

She admitted it is not going to be an easy battle. ”But if you want to be a champion you must first beat champions and we are here hoping to beat all those big names,” she said.

Meanwhile her male compatriot Ebrima Camara too will stand on the track on Friday as he prepares to write his own history in the 100m heats. The current Gambia’s men 100m star has to beat global icons like 100m champion USA’s Christian Coleman, Jamaica’s Yohan Blake and Africa’s best Akani Simbine of South Africa if he wants to hang a medal around his neck. A tough task indeed but the Gambian is fired up to deliver his best.