There is no Plan B 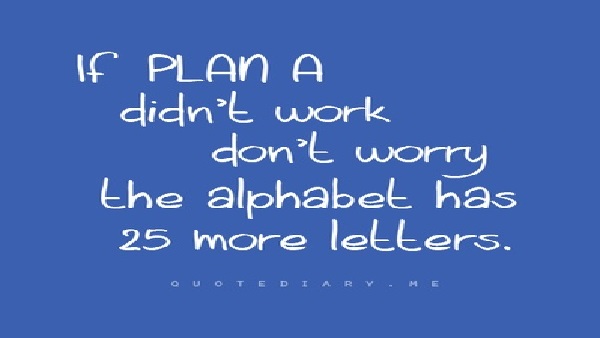 Dr Harnet is an internationally renowned and certified Africa business trainer. She shows ambitious professionals and entrepreneurs abroad and friends of Africa how to start doing business in or with Africa FAST.

In her videos on YouTube she shows you powerful steps that will allow you to rapidly position yourself in the market as a newcomer while contributing towards Africa’s future.

Dr Harnet has spent the last 20 years of her life (5 of them as an entrepreneur) working in and with Africa. She is on a mission to teach people how to become part of Africa’s renaissance while building ethical wealth for oneself.

Dr Harnet is the co-author of the book 101 Ways to Make Money in Africa and has been featured on Forbes Africa, the Africa Club of Air France/KLM, Newsweek, the high-profile Africa CEO Forum, and spoken at Google among others. She has also led a growing and ambitious Africa Business Academy group online, and regularly leads business and investment missions to Africa.

What an amazing woman, what an inspiration, what a role model for everyone and women in particular! Dr Harnet said: ”There is no Plan B”.

She spoke about herself and her business plans, but these can actually be adapted to so many areas in our society and our lives. In Dr Harnet’s videos, she talks to her listeners as an old friend.

She is experienced, wise and personable, she really wishes others to succeed too but she doesn’t want them to make the same mistakes she did.

I find this approach refreshing! Dr Harnet does not hide behind prestige, she tells us about her shortcomings too so we can learn from them.

We can also get the feeling that we are not alone in making mistakes if we already have begun to start up some kind of business.

I have watched several of Dr Harnet’s videos on YouTube and in one of them she shared some of her struggles. She was alone with two small children and had nothing.

She decided to start up some kind of business, to support herself and her children.

She had no options, she just had to keep on and business was all she knew.

She had no plan B, so she decided to learn from others. She copied others, got mentors online and learned from them. Dr Harnet listened to others, saw what they did, copied them until she was ready to stand on her own two feet.

This is very wise! There is a saying: ”We don’t have to reinvent the wheel.” This means that if something good and useful already has been invented or started by someone, we can look at that and try to figure out how to improve it.

An author is inspired by other authors, a person who is studying to become an artist often begins by copying famous paintings to learn and explore the technique. Old ideas feed new ideas and suddenly you come up with some improvement.

Speaking about improvement; are there any plans for The Gambia? It seems as Plan A didn’t work out, IF there was a plan, but what about the following letters in the alphabet? There are many more to use so surely the current government would be able to come up with more plans and make at least one of them work. T

he main focus for the president is to be re-elected. What a sweet dream for him when he goes to sleep in his pyjamas, but is it realistic? It can’t be for the reason that he fears not to be able to finish his great work of progress.

We haven’t seen any of it so far, so the reason must be something else.

I’ve heard that he is building a large house and that is costly. With two wives and a number of children to support, many of us are questioning how he can afford it on his salary?
The plans I am asking for are perhaps more projects – on his personal level. It is necessary to stay in the power as long as possible, it pays the bills.

So what about the bills the citizens of The Gambia have to pay? What about the hospital bills, the medication, the medical supply people have to buy because the hospitals are not adequately equipped? It’s rainy season, the roads are flooded, the gutters are full with rain water.

Mosquitoes thrive in the warm and damp weather, bacteria thrive in wounds created by a fall on a slippery road or when you step on a piece of plank with some rusty nails in it. If you happen to get that kind of wound you need to get an injection at the clinic so you won’t get tetanus. We have a saying here that: ”Small wounds and poor friends should never be neglected.” Small wounds that are not properly cleaned can cause large distress, even death.

Is that a concern of our current president? Does he remember anything from his upbringing in The Gambia or did he live in some La-la land where everything was sunshine, bird song and small butterflies flying around? For a person brought up in The Gambia it must be of the greatest concern to make life easier for all citizens.

I don’t live in The Gambia, but I can tell you that I could give anyone who asked me a looooong list of improvements that have to be done as soon as possible. How come I love The Gambia more than our current president seems to do? Isn’t that strange? How come that many foreigners love The Gambia and are prepared to extend our hands? It doesn’t come with a hidden agenda.

Are the Gambian people still so used to be controlled by fear so it doesn’t matter if the controller is one of your own or a foreigner? The Gambian economy is still more or less at the bottom. Is that a fact or is that something the government wants us to believe? Possessions of Jammeh have been sold; have we seen any numbers and names of the buyers? Money from Jammeh’s accounts has been retrieved – in whose accounts has this money been placed? If someone from the government, or related to it somehow, gets upset by my insinuations – sorry, but it’s your own fault. If you would have been transparent, as promised from the beginning of your mandate period, everything would have been clear and no questions would be asked.

As long as not even the president is fully transparent with his own, or the First wife’s business, we can’t expect anyone else to be so. The president can’t force others to do what he is not prepared to do himself, what is a hidden million or two when his first wife can’t explain her 35 million? He doesn’t seem to understand that with this behaviour he and his government are doomed to fail in the next election. The citizens of the Gambia might be uneducated, but they are not stupid. People struggle every day to make ends meet, they teach their children not to steal and to be trustworthy.

Sooner or later these children get to know about the lies and the corruption that still go on – on the highest level – and that was something they promised to end. You are stealing the future from the youth of The Gambia! In The Gambia we respect the elders, we count them as a fountain of wisdom.

It’s sad to say, but too many of these ”fountains” are polluted, they have no wisdom to share because their minds have been polluted by greed for too long.

I have a good friend in Senegal and several years ago he taught me about the relation between the elderly and small children.

He said that the elderly are the small children’s best friend. Old people have the time and patience to sit and talk and play with the small ones.

Small children ask a lot of questions about life and about what surrounds them, old people have the patience to answer all these questions. Parents expect the elderly to teach the kids a lot of good and useful things about life.

Morals, values, lessons about life that the kids will find useful one day when they have grown up.

So what about our corrupt people, they get old one day too. Do we really want them to share their knowledge with our kids? Imagine them sitting in the shade under a tree teaching these small kids how to fool their friends so they will get candy but their friends will be without.

The kids will be taught about the necessity to smile to someone but speak dirt behind their backs. They will be taught how to steal someone’s toys and then pretend as they have got it as a gift from someone. There is not a big difference between how kids and adults behave, the difference is only about the cost of their ”toys”.

Our elder politicians will sooner or later be depending on health care. Have they built up a high quality health care for everyone? Have they felt that all citizens in the Gambia are equal, that everyone deserves good medication and professional doctors and nurses? It takes time to build this up, but what do they care – they can afford to go abroad to seek help. Is that fair? Who is paying for their health care, medication, nice room at the hospital and so forth? All this is paid with money taken from other’s pockets.

Dr Harnet copied others, but she only copied the good parts and learned from other’s mistakes. That is what a wise person does but a fool keeps on copying other’s mistakes instead.

Dr Harnet is on a mission, she wish to help others and in particular Africa. She travels around everywhere in Africa, meeting people, sharing experiences and holding lectures. Plan A is to succeed and help others succeed, I would love to hear from the Gambian government how far in the alphabet they have come with their plans. Is the common alphabet enough?

With Alagie Manneh You came into prominence as a radio presenter. Tell us about your experience as a young journalist working in a hostile media...
Read more
Bantaba

Is there a straw hat large enough for Hamat Bah to hide himself under? This Minister of Tourism and Culture has a habit of...
Read more
Bantaba

With Alagie Manneh Your family hails from Penyem, a village not far from the Senegalese border, are your people originally from Casamance? Bakary Badjie: When you...
Read more
- Advertisment -