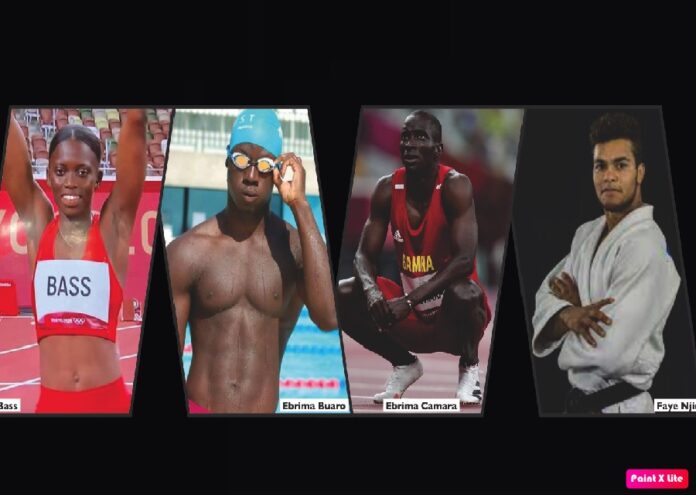 The Gambia National Olympic Committee GNOC has issued a statement congratulating the country’s four Olympians who took part in the on going Tokyo 2020 Olympic Games.

“You all are indeed great ambassadors of The Gambia who have demonstrated a high level of commitment and professionalism during your preparations over the last four years and during the Olympic Games. We congratulate you for your high level of performance during the Games where you have shown that you can compete at the highest level of international competition,” the GNOC stated in its congratulatory message to the athletes.

The GNOC also praised the coaches for working very hard in preparing the athletes. “We have no doubt that lessons have been learnt to ensure our athletes can continue to improve as they look forward to other high level international competitions in the coming years,”’ the GNOC said.

The committee also thanked government and Sports Minister Bakary Badjie who was present in Tokyo for their support and collaboration which they said has helped the entire process.

“We extend our sincere appreciation to the Mayor and the people of Moriguchi city for the hospitality and the warm reception during our stay in Japan. We are also indebted to the Olympic Solidarity for the continuous support to the development of our athletes.

Finally, we wish to thank the Gambians all over for their support to Team Gambia. We wish to assure you that all your words of encouragement and prayers served as motivation to all the athletes. Your Love for Gina Bass in particular has been overwhelming on all mediums especially social media. As the first female athlete to ever reached the semifinals at the Olympic Games, we join you all in celebrating her great achievements in both the 100m and 200m and we look forward to our joint efforts for a medal in Paris 2024 Olympic Games,” the GNOC statement concluded.