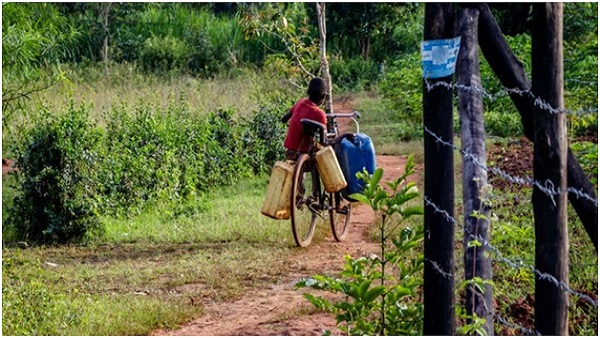 The government of The Gambia recently kicked-off a $1.8 billion clean water and sanitation project. It is supported by several development partners.

It was recently launched by the vice president of the Gambian Republic Isatou Touray.

The objective of the project is to improve the socio-economic and environmental conditions of the rural and peri-urban population by improving access to sustainable water and sanitation infrastructure and services in The Gambia.

Among the most important components of the project is the creation of a rural water supply and sanitation department.

It includes the construction of a headquarters for the future institution, which will be responsible for coordinating development projects in the rural drinking water sector.

The capacity of some water managers will also be strengthened at the same time.

The sanitation component
Sanitation is an important part of this project. It includes the installation of 40 solar off-grids in rural and peri-urban areas.

According to the government, these photovoltaic solar installations will be used for the production of domestic hot water (DHW). The government plans to build 224 sanitary facilities in public service facilities such as hospitals and schools.

In educational institutions, rainwater harvesting systems will be put in place. The government is targeting 40 schools where flood risk is very high.

It is an investment fund that will be managed by the United Nations General Assembly. It will aim to provide microcredit to boost domestic sanitation in The Gambia.

Waste Management
The Climate-friendly Rural Water Supply and Sanitation Project also has a component on the thorny issue of waste management.

The Gambian government will start construction of 20 municipal waste collection and recovery centres, as well as the rehabilitation and extension of two waste landfills.

With the support of the SDF, some community waste collection associations will benefit from 20 vehicles to improve their services.

In terms of upgrading, the government plans to build two facilities for the production of compost from household waste.

At the same time, it wants to create a plant that incinerates non-biodegradable waste to produce 200 kW of electricity.

The implementation of the project will end in 63 months. It requires more than $1.8 billion in investment.